Welcome to the lucky numbers edition of Weekend Reads! Before you buy your lotto tickets, we've got a cautionary tale to share with you.Plus, how your shopping sprees can make the world a better place, Tinder ratings that are basically your worst high school popularity fears come to life, Sesame Street joins the world of HBO, how your posture can get you mugged, and Amazon Prime gets even better. 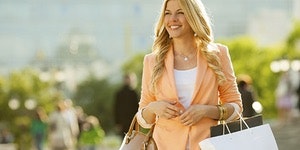 I believe that all of us, deep down, want to make the world a better place. I also believe that all of us, not so deep down, really want stuff. We like buying things: things we need, things we don’t need but look cool, things that we don’t need and honestly don’t really look cool but our neighbor has it and we’re not going to let that jerk show us up so we’re going to get one too, right? Well, did you know you can buy stuff and make the world a better place? And usually without having to try any harder. For example, if you just remember to go to Amazon Smile instead of regular Amazon, part of your spending will be donated to a charity of your choice. You shop just like normal. Warby Parker and TOMS Shoes are stylish brands that give back. There are a lot of companies that are in the charity game, so take a look at the list put together by Wise Bread and see if your favorites are on it so you can do some good the next time you impulse buy. 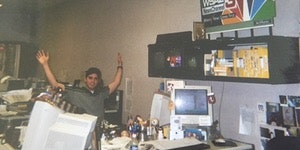 The BillfoldHow I Convinced A Powerball Jackpot Winner That He Lost

Did everyone by their Powerball ticket? We all know the best way to secure your financial future is to buy as many lottery tickets as possible. What else are you going to do with that money? Invest it in a small cap fund to diversify your portfolio as part of a responsible retirement plan? Lame. Just kidding! Don’t go overboard with lottery tickets, but seriously $1.5 billion is kind of a lot of money, so I won’t tell anyone if you spoil yourself on a ticket or two. And if you think you lost, don’t give up hope so quickly. Remind yourself of the time a West Virginian man thought he lost because a news station misreported the numbers, then realized he actually won, and then basically had his life reduced to shambles and misery. It’s like a really upsetting modern day Aesop fable. But, you know, good luck! 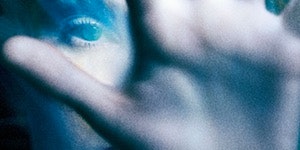 Tinder, for better or worse, is the most simplistic kind of dating: you swipe left or right to reject or accept a match, and probably 90% of the time it’s based on appearance alone. But underneath the surface it’s apparently pretty complicated. You see, each user is assigned an internal rating based on "desirability." Wondering what your score is? Too bad, because Tinder doesn’t give that data out. That’s probably for the best. It’s not hard to imagine a world where access to that information devolves society into a Hunger Games-style competition all based on an app where you can judge a human being in less time than it takes to check your email. Just keep swiping in ignorant bliss, everyone, and freak out about what your Uber rating is instead. 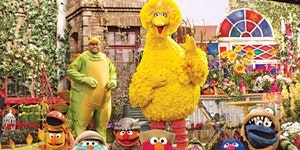 HBO is best known for its hard-hitting dramas like The Wire, True Detective, The Sopranos, and Sesame Street. Wait. One of these things is not like the others. And yet that’s the new home for Sesame Street. That means there are a lot of changes in store – creatively, from the stories being told and the characters being used (I fully expect a Hamsterdam parody), as well as on the business side, where it’s going from PBS to a premium cable channel. Temporarily, at least: episodes will air on PBS nine months after their HBO debut. It’s kind of a wild shakeup, but maybe one that a 50 year old show needs. Get ready for the new app-based Tickle Me Elmo, everyone! 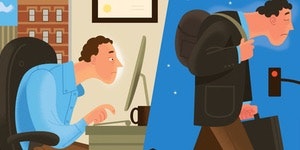 WellPosture Affects Standing, and Not Just the Physical Kind

Remember how your mom always told you not to slouch? "You’ll have bad posture," she said, "and it’ll get your robbed and murdered on the street." Moms, always worrying, right? But maybe she wasn't so far off. Turns out your bad posture can result in more than just a bad back. It makes you more vulnerable to crime because it makes you look like a victim. It gives you less energy. It reduces your lung capacity. Basically it makes your life a lot worse and your mom was right, so sit up straight. And while you’re at it eat your vegetables, floss every night, and turn down that music. Just to be safe. 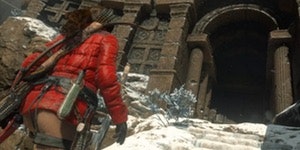 Amazon Prime is a master class in providing value to customers. Free 2-day shipping? Yes please. Music streaming? Awesome! Video streaming? Well, I already have Netflix, but if you’re offering… Kindle lending? Unlimited photo storage? All for a few bucks a month? It’s out of control! But at least they ran out of things to offer, right? Oh, what’s that, 20% off new video game releases? I’ve changed my mind. Amazon Prime isn’t about providing value to customers. It’s the first step in world domination, and I for one welcome our Jeff Bezos overlord. (Note: This Weekend Reads was not sponsored by Amazon. I promise.)