In this week's Weekend Reads, would you actually watch original videos from Spotify?Plus, you're your own worst enemy when it comes to your financial goals, your pet ownership is unethical, Slack is a crime-free utopia, our modern banking security system is the worst, and we're all slowly becoming emotionless robots in our digital existential crisis. 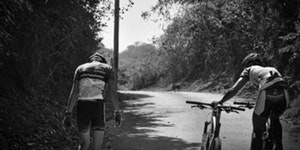 You know the Greek myth of Sisyphus? The guy who rolled a boulder up a mountain every day, only to have it roll back to the bottom before he could reach the top? Now, imagine that, but instead of a boulder it’s a big wad of cash, and the mountain is saving for retirement or paying off student loan debt or some other financial goal. That’s right, it’s a metaphor! And doesn’t it seem like the perfect one for why we can never make progress with our money? No matter how hard we try, no matter how much we feel like we’re cutting spending or pinching pennies, we can’t seem to get where we want to go. The Simple Dollar digs into the psychology of why this is: we get a rush from spending, we feel disconnected from long, passive goals (compound interest is awesome, but it’s not terribly exciting), and so on. Of course, things aren’t always our fault – during the recession, your investments weren’t going to do much regardless of the power of positive thinking – but it’s nice to know the ways we’re holding ourselves back so we can fix our mental mistakes, right? 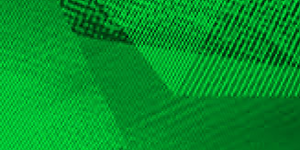 Back in the day, streaming services knew their place. Netflix showed movies and television shows that they paid "content creators" for. They took what was given to them, and they liked it. Now Netflix has the nerve to make its own award-winning shows and movies! Next up? Spotify. After already branching out from simple music streaming with podcasts and video clips from existing content, probably in an attempt to finally become profitable, Spotify is getting into the original video world. It’s another way new companies are competing with existing creators and moving away from content they have to pay to license. I’m excited to see their original series about how T-Swift won’t let them play any of her music, or the one where they make fun of Tidal for still trying to be a thing. 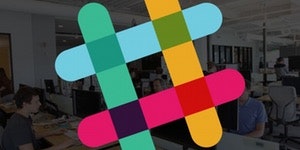 TechCrunchNo one organizes any crime on Slack, apparently

The internet is mostly a gross place, where "seedy underbelly" just seems to be "the entire internet" more often than not. That’s why it’s nice to see a place that’s pristine and uncorrupted: Slack. Slack has received a single user data request from the government, compared several thousand requests for the likes of Google and Facebook. Why such the disparity? Maybe it’s because Slack is used mainly in the workplace, where people are less likely to discuss their villainous plans. Maybe it’s because Slack is much newer and has fewer users than other platforms and it's a simple numbers game. I like to think it’s because Slack has put GIF integration at the forefront of their development, and no one has time to plan a heist when they’re looking for the perfect sarcastic GIF to send to an annoying coworker. Time will tell. 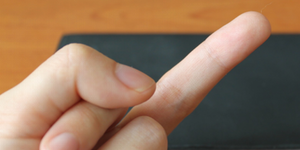 Data breaches are fun, and by fun I mean a tormenting nightmare that’s the bane of modern society and technology. At best they inconvenience you as you change credit cards and at worst they can cause seemingly-irreparable harm to your finances, making your life a living hell. We all know the obvious way to avoid data breaches – get off the grid, live off the land, and institute a barter system to see who’s willing to trade for goats and cinnamon – but what about if you still want to exist in the real world? Between credit card numbers stored on retail websites and bank account and routing numbers given to businesses (like your employer) for automatic withdrawals and deposits, we hand out our own financial credentials like they’re business cards or sweet, credit-score-destroying candy. If you just want to vent about how inane the system is, read this article. It might help you feel a little better. 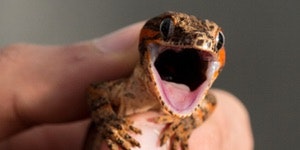 NPRShould We Really Be Keeping Cats And Dogs — And Geckos — As Pets?

Pets are adorable and wonderful, and our treatment of them has improved a lot over the centuries since we decided to team up with them to hunt stuff. Now they’re part of the family, they have their own Instagram accounts, and we buy them pet insurance (right?). But at the end of the day they’re still pets, which means they are living, breathing creatures that we own and put on leashes and that’s sort of strange. Jessica Pierce thinks that we don’t do enough to truly make pets a part of the family, and that stems from not giving them the proper environment. Pierce doesn’t say that you absolutely shouldn’t own pets, but that pet owners – especially people with exotic pets – have to be aware of their pets’ needs. Be nice to your geckos so we can all continue to have nice things. Also, pet insurance. 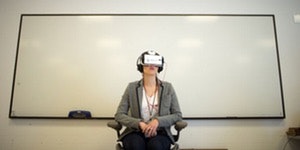 Little AtomsTechnology is destroying the idea of forgiveness

When you’re posting things to social media sites and googling whatever weird factoid or trend you’re currently obsessed with, it’s easy to simply consider it dumb time-wasting and not a philosophical extension of yourself and whatever constitutes the concept of a soul as we march closer toward the inevitable singularity that erodes the boundaries of our own mortality. It’s interesting to think about the consequences of storing our memories, thoughts, and opinions – essentially our very selves – in an ever-increasing series of photos and timeline posts. Our identities are becoming digitized and effectively eternal. When everything is preserved forever as ones and zeroes, when we can’t forgive anything because even the passage of time won’t allow us to forget, will that fundamentally change who we are as people? Is it worth giving up this part of ourselves for targeted ads and recommended YouTube videos? Happy weekend everyone!