In this week's Weekend Reads: What you can really do for your mom this Mother's Day (and for every other mom, and on every other day), the cable company infighting we've all been waiting for, and an in-depth look at the gig economy. 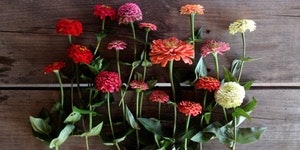 Mother’s Day is this weekend! If you haven’t gotten your mom a gift, don’t feel bad. I’m sure she understands. What you should feel bad about is not giving your mom — and every mom — what she deserves. We’ve all seen those stats that we should be paying moms, like, a billion dollars for all of cooking, cleaning, and general caretaking that they do for "free" but maybe we should start with the little things. You know, like holding doors open and not shaming them for their feeding choices and standing up for laws and organizations that support women. Kimberly Harrington has a hilarious, swear-filled account of what we can do to show our love to every mother out there. It should work in a pinch as a last minute present (but seriously, maybe pick up some flowers. Or at least give your mom a call). 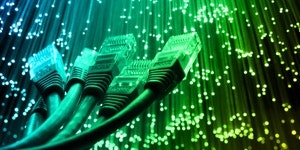 Cable companies! Our disdain for them is the one thing that can still bring everyone together in 2017. Turns out that as much as we don’t like them, they aren’t huge fans of each other, either. For all the talk about net neutrality, what cable companies are really concerned about is being regulated where it matters: pricing. So far, companies are nickel and diming customers where they can, customers have no choice (oftentimes literally) but to accept it, and the government is mostly leaving it alone. But Cable One, a small provider in the Midwest, is raising their prices very quickly, and big names like Comcast and Spectrum are worried that they’re going to ruin the fun for everyone else. Will Cable One be the wild card that actually brings about regulation in the cable industry? Stay tuned to find out (but probably not). 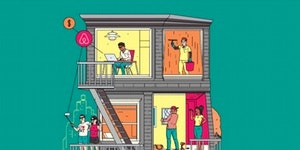 A lot of ink has been spilled over the gig economy. Should workers be employees or contractors? What’s the newest app on the block? What’s Uber’s latest PR nightmare? Still, this piece from The New Yorker, ambitiously titled "Is the Gig Economy Working?", is a good look into the industry. It touches on the big picture aspects of the gig economy, like the regulations companies are running up against and potential discrimination against workers and customers, but also includes a number of profiles of people who are using the gig economy to make ends meet, and even people who are building companies to support companies like Uber and Airbnb. Overall, it shows that disruption is complicated, and that for every challenge there’s a success story. Good luck!