In this week's Weekend Reads, get that new iPhone ready to make budgeting a breeze, prepare for a post-rat world, and solve Uber's growth problem (that's right - they could get even bigger). 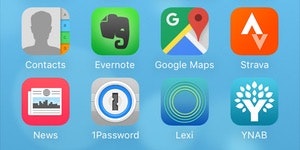 Got that fancy new iPhone? Trade in that explosive new Samsung? Waiting for that mysterious new Pixel? Well, when you fire up (sorry Samsung) that new phone and install You Need A Budget on it - because you love YNAB as much as us, right? - maybe pay attention to where you're putting those app icons. Over at YNAB, for instance, they recommend placing YNAB in the lower right of the screen, coincidentally closest to most people's thumb so they can start budgeting right away. If you're more of a web app type of budgeter, change your homepage so that YNAB starts when your browser does. Basically, use technology to make managing your money easier and you'll build money-saving habits easier. Seems like a better idea than installing yet another Google messaging app. 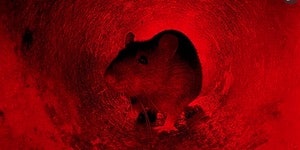 The GuardianMan v rat: could the long war soon be over?

Rats have been an almost-literal plague for humans forever. Is it because a single rat can have 15,000 babies in a year? Sure. Is it also because we throw food and trash away with no regard, essentially laying out a feast for them? Also yes. It's like paying for your boomerang child's expenses and letting him borrow the car whenever he wants and wondering why he won't get his own place. Like, duh. Despite our best efforts (read: traps and poison) we can't seem to solve our rat problem. Turns out we were approaching it from the wrong angle. A form of rat birth control, which sterilizes them and originated with the name Mouseopause, a name it absolutely should have kept, seems like it could be the answer to our prayers. I can't wait to see this issue debated between the presidential candidates. That's what I want on my ticket. 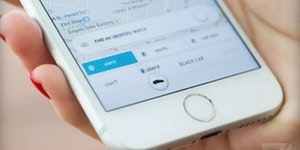 Despite being worth a few dozen billion dollars and spawning its own startup niche ("Uber for X"), Uber is still facing a few speedbumps. For example, Austin said "thanks, but no thanks" when Uber (and Lyft) refused to fingerprint their drivers. The Verge outlines five things that are keeping ridesharing services from becoming truly ubiquitous. These aren't necessarily new issues (cab drivers have been complaining about regulation disparities since Uber's inception) but they'll probably have to be addressed at some point. It's scary to think how high Uber is going to be valued if they're able to expand even further. But then they might actually have to start treating drivers like employees, so maybe it'll balance out.