In this week's Weekend Reads, what do Millennials really think about money? No one knows (still) but a couple of them talk about taxes, so there's that.Plus, that famous British puddle from earlier this year, how Buzzfeed became a grown-up news outlet, how genetic testing can affect your chances at getting insured, how to figure out love with math, and how to win every online argument and be the biggest troll. 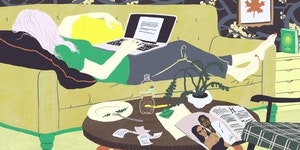 The BillfoldTalking Millennial Money: Student Debt, Tax Write-Offs, and Beyond

If there’s anything that’s likely to make confusing taxes more confusing, it’s Millennials talking about it, right? They’re probably, like, Snapchatting their W-2s and Peaching their CPAs. Side note: is Peach still a thing? It was a thing that one week. Anyway, Jazmine Hughes and Haley Mlotek have a conversation about doing taxes over on The Billfold. I don’t want to call it "surprisingly insightful" because that seems rude, but it’s a lot more in-depth than you might expect. As we all know from varying news reports, Millennials are either great with their money or the worst, so seeing a conversation go from accountants to writeoffs to student loan debt to Jonathan Franzen for some reason to budgeting apps and more was interesting. And also really funny. If Broad City or Master of None decide to do an episode that digs into the nitty-gritty of personal finance, they could do worse than just adapting this article and calling it a day. I’d watch. 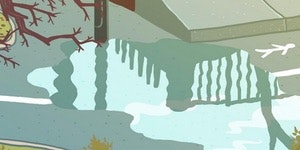 Vice#DrummondPuddleWatch: An Oral History of the World's Most Famous Puddle

Exactly how things go viral online is kind of fascinating, and if you were on social media in January, you probably saw or heard about the Drummond Puddle. The Drummond Puddle was...well, really just a puddle – like, a big puddle, don’t get me wrong – that got livestreamed and took off. If you missed the Drummond Puddle (unlikely) or want to learn more about it (more likely), Vice catches up with some of the people who were involved, from the office workers who started the stream to the Domino’s marketer who kind of killed the whole thing with product placement. You might see it as a fascinating introspective to the human psyche – Why were so many people watching? Who visited the Drummond Puddle? What does the way someone tried to navigate the Drummond Puddle say about them? – or you might just think it was a craze that was a kind of funny, kind of dumb way to kill time. Who can tell for sure? Either way, the story of the rise and fall of something that captured the attention of so many people is an interesting diversion. 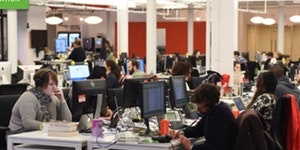 PoynterDigital Digging: How BuzzFeed built an investigative team inside a viral hit factory

Buzzfeed? Oh, that's the site that has gifs and listicles and quizzes about which Gilmore Girls character you are and investigative stories that got unicorn startup Zenefits in hot water and helped reveal tennis match fixing and wait what are we still talking about the same Buzzfeed? Yeah. Buzzfeed News is legit – it’s one of our favorite news apps – and their investigative team is made up of renowned reporters and Pulitzer Prize winners. They’re also making a conscious effort to be diverse in who they hire. Growing out of clickbaity time-killers instead of moving toward them and having a real focus on inclusivity — so, the opposite of the rest of the Internet. It’s like a proud parent watching their baby grow up. 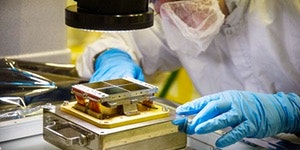 Fast CompanyIf You Want Life Insurance, Think Twice Before Getting A Genetic Test

Imagine that you, or at least a qualified professional, could look into your DNA sequence and see exactly what you’re medically at risk for. You could take preventative measures for certain diseases and cut them off at the pass. You could also get denied for life insurance. All of that – the genetic sequencing, the knowing about your medical future, the not getting life insurance – is happening now. Turns out when genetic sequencing was becoming a mainstream thing, people actually thought about this: laws were passed so that you couldn’t be denied health insurance. But unfortunately that protection doesn’t extend to other types of insurance. So now some people are avoiding learning about potentially lethal problems because life insurers are turning them away. If only we could skip all of this uncomfortableness and go straight to the part where we use genetic sequencing to create a race of superhumans and eliminate death itself. Someday. 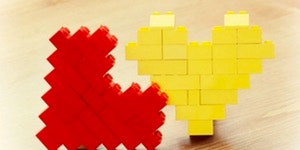 The Washington PostWhen to stop dating and settle down, according to math

Math is so sexy, isn’t it? ...Okay, maybe not, but it’s at least good enough to settle down and have a family with. Turns out there’s a mathematically possible way to find your perfect mate. It addresses the problem of when to stop dating: what if a later partner is who you’re meant to be with? Or what if you already missed the opportunity with your one true love? So if you’ve ever wanted put some hard numbers to your fear of being alone for the rest of your life, then you’re in luck! In actuality this isn’t a very practical method because it requires you knowing how many people you would date in your life, which is, of course, not possible, but you could potentially extrapolate your dating history and make a good guess. Start crunching those numbers, people, because that white picket fence won’t build itself. 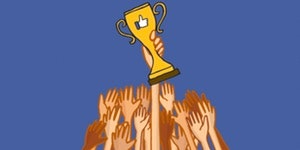 The Washington PostHow to win a Facebook argument, according to science

We don’t often double up on news outlets here in Weekend Reads, but the synergy was too good to pass up. So well done, The Washington Post. You’re going places now! First science is quantifying love, and now how to win an argument? But...wait, actually, this seems like it could come in handy for those rare, rare times you have a disagreement with someone on Facebook or Twitter or Yahoo Answers (just kidding, never post in the Yahoo Answers. Ever.). Follow the 8 steps outlined in this study – things like responding in groups, which sounds a lot like peer pressure, or not acting too intense, which seems like an impossibility for the Internet – and you’ll never be wrong again. Or, apparently, never be wrong 30% of the time, which doesn’t feel like all that much. You could probably win at least 40% of your arguments just by winging it, right? I think you could.