In this week's Weekend Reads, Millennials are buying houses! Haha just kidding, no of course they aren't. But it's not for a lack of trying!Plus, saving for retirement in your 30s, the financial gender gap that isn't salary, Wiccans for Sanders, starting all of your new habits at once, and Reddit takes on ad blocker blockers (not a typo, it'll make sense). 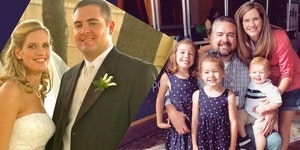 Saving for retirement is sort of paradoxical. The best time to do it is when you’re young: you have a long time for compound interest to do its compounding, and you usually don’t have expenses like kids or minivans or multi-room houses or Pokemon cards or soccer equipment (most of your expenses are kid related). But it’s hard to save because retirement seems so far away and you have the time and money to do fun things before you have kids. And then your 30s hit and you think "Oh nooooo I need to start saving for retirement and now I’m behind!" A) Yeah, you’re a little behind, but B) it’s not too late to start saving. Over at PT Money, Philip Taylor shares how he and his wife saved an average of 20% of their earnings during their 30s. It’s surprisingly simple, like taking advantage of tax shelter accounts like IRAs and 401(k)s, and automating contributions. That means that anyone can do it – and you don’t even have to write your own personal finance blog! 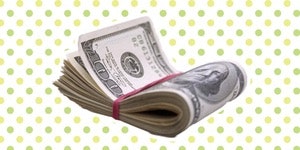 MottoThe Other Pay Gap No One Talks About

It’s a well-known fact that women get paid less than men for reasons that continue to not make sense, and we should do something about that. But Motto highlights another financial gender gap: investing. Only around half of women are saving for retirement. That might have its roots in women earning less than men – they have less money to invest, after all – but getting started as soon as possible is still important thanks to magic. I mean compound interest. So let’s make this the year of equal pay and equal investment! Oh and there’s also global warming and ISIS and a lot of other problems that we need to fix. Wow, whoever gets elected as President is going to have a pretty full plate... 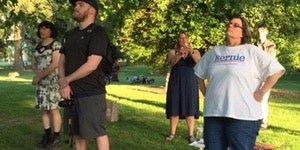 Speaking of which: Donald Trump wrapped up the Republican nomination but the Democratic campaign is still going! This is the time when Americans do their civic duty and pull out all the stops: negative ads from Super PACs, dredging up old skeletons in closets, attending Wiccan rituals. Wait, what? That’s right: knowing the uphill battle of socialism in America, some Bernie Sanders supporters are going all in, performing Wiccan chants and herb burning. (There’s a joke here about burning sweetgrass and grassroots political campaigns, but I’m still working it out.) And yes, like you assumed, it’s taking place in Portland. Does it work? No clue. But regardless of whether you think it does or who you’re supporting, you have to admire the goal of "amplification of positive energy". That’s sadly refreshing in today’s politics. 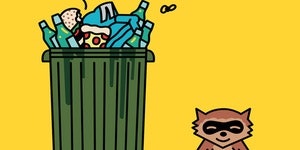 Every January people start their New Year’s resolutions and then by, like, February everyone’s done with it. You might think it’s because they’re trying to do too much at once, right? But what if they’re actually not doing enough? Basically, a study at UC-Santa Barbara showed that people who overhauled their life with new habits – exercise, meditation, diet, sleep, the whole nine yards – showed big improvements in every area. It’s like a snowball effect, where starting a habit makes maintaining other habits easier. So next time your friend gives up on his resolution, berate him and call him lazy, and then suggest other habits he can also try to help him succeed so you don’t just look like a big jerk. 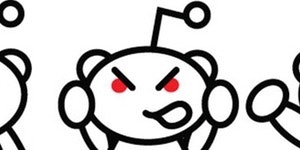 We’ve talked about the whole publishers versus ad blockers debate a few times before. It’s back again, this time on the front page of the internet. Reddit’s popular Technology forums, with over 5 million subscribers, is debating whether or not it’ll ban links to sites that block ad blockers. It looks to be overwhelmingly popular (not surprising). It’s hard to say how big of a deal this is; even large sites like Forbes and Wired would love a cut of Reddit traffic, but it’s still just one site and is unlikely to sink a publisher singlehandedly. Still, it’s another shot fired in the fight against intrusive, potentially dangerous ads. The publishers and ad networks might want to consider a Wiccan ritual to sway the vote. If it’s good enough for Bernie, it’s good enough for you, Condé Nast. 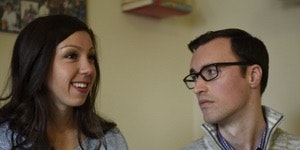 USA TodayTo buy or not to buy a home? For many Millennials, that's the question.

Besides ad blockers, our other favorite topic in Weekend Reads is Millennials: why they’re lazy, why they’re great, why they have no money, why they save more than any other demographic. You know, the usual paradoxical tone these stories tend to take. Today, it’s "Millennials want houses but can’t afford houses!" And why can you not afford houses, dear Millennials? For a lot of reasons, as it turns out. When you’re paying ever-increasing rent, it’s hard to save for a down payment. When wages are relatively flat, it’s hard to save for a down payment. When homeowners are staying put because the housing crisis and recession did a real number on their home equity, it’s hard to find affordable housing even if you do have a down payment. There are a lot of things conspiring against Millennials when it comes to homeownership, so that’ll teach them to be entitled! Or something. If you ask me it seems like the accusations against Millennials not being real adults stem from old people tanking the economy.