In this week's Weekend Reads, a real life tale of someone losing all of their money (and how you can avoid it).Plus, the rising cost of college daycare, the potential irrelevance of NPR, the dark world of The Guardian's comments sections, Kickstarting your funeral, and John Oliver takes an institution to task, again. 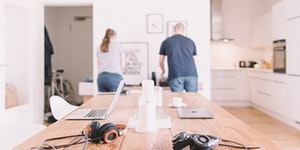 The Financial DietWhat I Learned From Having All My Money Stolen

There’s not much scarier than having your finances compromised, mostly because it can happen to anyone and even if you get it straightened out there’s a period of time where you might not have access to money. And you need money for all sorts of things. Lydia Page shares a nice cautionary tale: she did fine with her money and budgets but didn’t take advantage of things like opt-in protections from her bank and the added security that credit cards have over debit cards, and her bank accounts were drained. The moral of the story is make sure you have the proper systems in place to prevent fraud. Either that, or none of us are safe and we should all withdraw our money, bury it in the ground, and barter for everything we need for survival. One of those is the lesson. 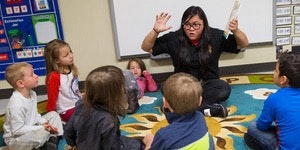 The cost of education is out of control! I know, I know, you’ve heard it all before. Skyrocketing costs of tuition, room and board, books, juice boxes… Wait, what? Oh, we’re talking about daycare, not college? That’s right, the cost of daycare is higher than in-state college tuition in 23 states, and it exceeds the government definition of "affordable" in 40 states. That’s kind of insane. I know kids are expensive (and loud and messy and smelly) but it shouldn’t be that expensive to teach a four-year-old about colors and shapes, right? We should consider student loans for toddlers. Maybe they’ll learn to pay it off by the time they have to take out college loans. Or since we’re already burying students under unending debt, might as well add a little on top. Not like anyone’s ever paying it off anyway, right? 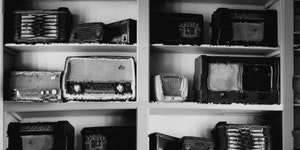 SlateThe Fight for the Future of NPR

NPR is great. It’s also, maybe, dying. Its critics see it as tied to terrestrial radio stations (ask your parents, kids) – evidenced by the fact that they aren’t allowed to promote their own NPR One app on-air – and they’re facing challenges from individual podcasts and podcasting networks like Gimlet Media and Panoply. The irony is that many of these podcasts are hosted by former NPR reporters who left because of their insistence that NPR was stuck in the past. But NPR has a handful of successful podcasts of their own, and it fills a gap that many podcasts skip over: actual news reporting. So NPR isn’t dead yet, but donation-funded tote bags might only be the future for so long. 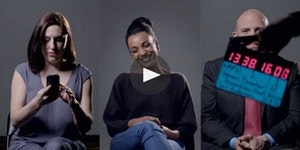 The GuardianThe dark side of Guardian comments

Comments sections on websites are mostly gross and sexist and racist, which is not really news if you’ve spent literally any time at all online, but The Guardian’s reporting on their own comments section is still an interesting introspective. They dive into which reporters, sections, and topics get the most trolling comments (based primarily on how many have been blocked for violating their community guidelines) all with the help of some neat graphs. There’s also a cool interactive section where you can decide which comments to allow or block and see if The Guardian thought the same. Will it stop people from acting like monsters in comments sections? Probably not. But "The Web We Want" series continues to be fascinating (and depressing). 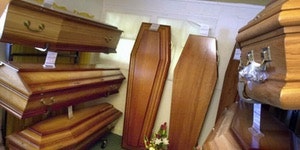 NewStatesmanWhy people are crowdfunding their funerals

Living is expensive, and it turns out dying isn’t so cheap, either. Across the pond funeral expenses are blowing up, which should sound familiar to Americans because it’s pricey over here, too. That’s why some people have taken to crowdfunding to pay for funerals. It’s just another thing to add to the crowdfunding list that currently consists of healthcare, higher education, potentially daycare, and more. An alternative to relying on the kindness of friends and family and internet strangers? Life insurance! I can recommend a place. 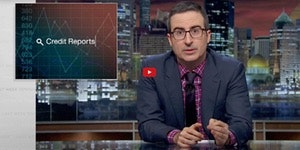 You did a great job reading all of this, so let’s close out with a Weekend Watch (aka a YouTube video). It’s really hard to be a member of modern society without relying on credit for something. Landlords, insurance companies, and even employers use it when making decisions even though it’s not at all relevant in determining how well you'll do at your job. It’s even less relevant when credit and background check companies make errors like calling you a different person’s name, or a terrorist, or dead. John Oliver dives into the topic on Last Week Tonight, compiling 25 years of news stories about how terrible these companies are and proposing a few fake, awful companies that he hopes will be confused with Equifax, TransUnion, and Experian. It’s the general scathing-but-hilarious take we’ve come to expect from The HBO Daily Show.