In this week's Weekly Reads: Late night financial advice, Siri answering serious questions, and Trix going back to being for kids and other people who like artificial colors. 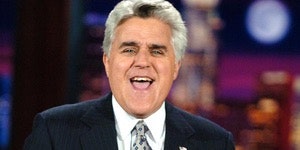 CNBC Why Jay Leno has never touched a dime of his 'Tonight Show' money 2017 has been kinda weird, so why not get financial advice from Jay Leno? You might think it’s hard to take money tips from someone who’s rich and famous — Leno was once one of the kings of late night TV — but he actually has a pretty interesting tip: He doesn’t spend money from his main gig. That’s right, Leno apparently hasn’t touched any of the money he made on The Tonight Show. Instead, he supplemented his income by doing comedy shows constantly — up to 150 a year. Obviously all of us don’t have the options or name brand as Jay Leno, but there’s no reason why we can’t all pick up some side gigs to really bump our retirement savings. Plus, Leno has all of those classic cars, so he must be doing something right, right? 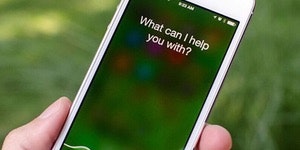 Mashable Apple is accepting job applications to make Siri a better therapist Our smartphones are with us all the time, so you can’t really blame anyone for treating it like a true confidant. Apparently that’s what’s happening: Apple is hiring for a “Siri Software Engineer, Health and Wellness.” People are asking their phones — and, I assume, their Echoes ad their Ok, Googles — some serious questions, and Apple is making sure they’re getting the right answers. It’s a noble quest, as long as people know when they should go see a licensed professional and stop relying on their phone. At least Siri is going to stop using Bing to power its search results. 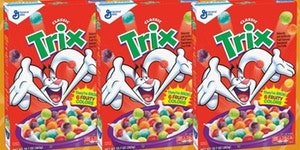 Today Trix is up to its old tricks: Artificial colors are back by demand Trix are for kids, but apparently they aren’t for hippies. After popular demand caused General Mills to start using natural colors instead of artificial dyes in Trix, reverse popular demand is causing them to switch back and offer two different versions of the cereal. One will have the vibrant, fake colors we’ve come to know and love, and the other will be the dull grayish variety that happens when you try to do the right thing. One thing that’s not coming back? The fruit shapes of the cereal. Maybe someday, if Twitter gets mad enough.