In this week's Weekend Reads, The New York Times unveils a new breed of ice cream bandits, Business Insider shares what the new breed of media empires have in common, and Esquire spotlights a new breed of Millennial spenders and savers! 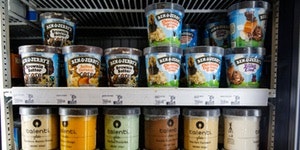 The New York TimesStolen, Sold and Savored: Ice Cream Is a Hot Commodity in Manhattan

We all know there are a lot of terrible people in this world, but people stealing ice cream? Seriously? And in New York City no less, where the heat has been sweltering this summer and citizens need every bit of cool relief that they can get. It's a good thing there are people willing to catch these knaves out of the goodness of their hearts (or at least in the best interest of their store's inventory). I know there are a lot of hidden things that eat into our budgets, but I really wouldn't have pegged an ice cream black market as one of them. 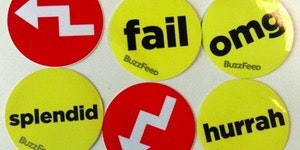 Hey, remember when TV ratings for the Olympics sort of bombed and NBC blamed #millennials and not their inane airing and streaming strategy? Well, here are three up-and-coming (or already-there) media empires that have embraced the future. Vice was in the video content business before most (even if they don't pay freelancers), Bill Simmons has been one of the biggest names in sports with ESPN, Grantland (R.I.P.), The Ringer, and HBO's Any Given Wednesday (preemptive R.I.P.), and BuzzFeed has grown from listicles to insightful journalism and still publishes stuff like this. Big media players should probably be nervous, because the new kids deliver entertainment the way their audience wants it. That should be common sense, but history has proven otherwise. 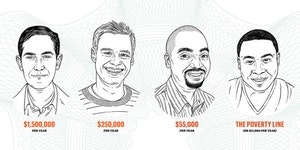 Generations are often clumped together as a monotonous hivemind, and people haven't been kind to Millennials. They're grouped as lazy, self-absorbed, coddled, etc. The only point of dispute seems to be how they handle money: Well? Poorly? Too conservative? Shortsighted? Esquire's look at how four different Millennials handle money in four different ways is a refreshing look at how each situation is unique - and it might make you pause and think about how you handle your own money, which is always a good thing to be mindful of.How should ice cream justice be handled? What's your favorite new media company? Do your money habits align with any of those in Esquire's article? Let us know!