In this week's Weekend Reads, why "fun budgets" are an essential part of both having fun and budgeting responsibly.Plus HIPAA meets Yelp, investing like Super Mario, the secret life of stock photography models, and how Spotify plans to stay in the music streaming fight without Adele, Taylor Swift, and Kanye. 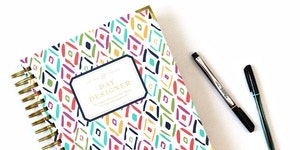 Half BankedIn Defense of the Fun Budget

Budgets are important. You need a budget. But when you’re trying to be good with your money – "Hey, look at me I’m investing in a 401(k) and stuff!" – it can make you feel really, really guilty if you turn your attention to wants instead of needs. But guess what? It’s okay to buy things you don’t actually need! And the way you combat that guilt is by budgeting for fun just like you do with everything else. No one wants to build up an awesome retirement fund and realize they’ve been miserable for the last 50 years because the penny-pinched and didn’t take that vacation they always wanted or missed time with friends because they weren’t going out. It can also help you save money in the long run. Think about how many times you’ve dropped a lot of money on something "just this one time" and don’t really consider it because it’s not in your budget. Well, if you set aside spending each month for fun stuff, you can feel less guilty about it and control your spending. That’s called a win-win in the industry (and also outside the industry. It’s a common phrase). 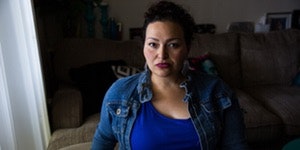 There’s nothing better than hopping online for a nice vent after a bad experience somewhere. It’s why places like Yelp exist. But what happens when the person or business you’re complaining about can’t defend themselves? We’ve seen companies do things like sue reviewers over negative reviews (quick side note to companies: suing your customers does not make them like you more. Mostly the opposite.) but when it comes to medical professionals, things get even stickier. Here’s a scenario: Patient Pete does not like a procedure that Doctor Dawn did and calls her out on Yelp, as one is wont to do in 2016. Doctor Dawn, defending her honor, responds that they performed said procedure due to some medical reason. But thanks to HIPAA – the Health Insurance Portability and Accountability Act, which prevents doctors and medical institutions from disclosing information about patients – they aren’t legally allowed to do that, even if it was a patient that fired the first shot. This has led to some gray areas of information disclosure, as well as some not-so-gray-areas that have resulted in lawsuits. Just another example of industries getting into awkward confrontations with technology. Nothing to see here. 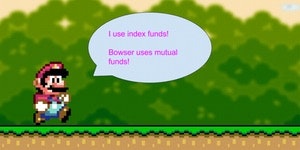 The Smarter DollarHow to choose investments like Super Mario

Investing can be a lot of things: confusing, expensive, infuriatingly frustrating. Weird how no one ever describes it as fun, right? Well guess what, now it is because The Smarter Dollar breaks down investing in terms of Super Mario. You see, investing fees are like Koopas (or Goombas, or Boos – whichever Mario enemy you prefer): they’re annoying and make reaching your ultimate goal more difficult. Sometimes it’s defeating Bowser and saving Princess Peach, and sometimes it’s retirement. Mario is probably set for retirement – he’s probably sticking all of those coins into a nice Vanguard index fund as we speak – but the rest of us still have to work for it. So avoid fees, avoid Koopas, and you’ll be able to retire to a nice corner of the Mushroom Kingdom with that nest egg you’ve built up over the years. And you can tell your mom that you did learn something from video games! 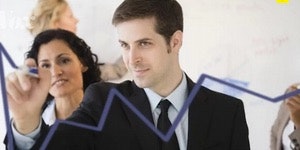 VoxConfessions of a stock photography model

Stock photography models are the unsung heroes of modern capitalist society. Businesses wouldn’t be able to sell half of what they do without stock models on billboards, magazine pages, and banner ads. Publications wouldn’t be able to provide eye-catching header images. It’s about time we heard from one of these nameless, ubiquitous people in a unique behind the scenes look. Surprisingly, it’s not a very glamorous profession. Or unsurprisingly. Honestly, I’ve never thought about it. Seems like an easy way to make a few hundred bucks as long as you don’t mind losing control of where people are going to see your face. Maybe you luck out and are featured on The Onion! You’ll never know unless you try. Keep in mind that you could also be the face of gentrification or an STD drug or something. It’s really a toss up. 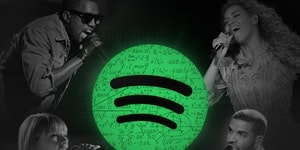 I’m staunchly against content exclusives when it comes to streaming services. Turns out Spotify is, too. In a world where Taylor Swift, Kanye, and others are available on a single streaming platform (and Jay-Z uses it to continue to try to make fetch Tidal a thing), Spotify has decided that it can compete on just making a better platform. Features like its curated Discover Weekly playlist and Running playlist, which plays music based on your running tempo, implemented using technology from companies it’s acquired, is Spotify’s way of competing without some of the biggest musical acts in the world. Is it working? Well, on the one hand it lost $206 million last year, which, yikes. On the other hand, its number of paying subscribers is more than double its next closest competitor, Apple Music. So at worst it seems like it’s a draw. Still, it’s nice to see that someone out there believes they can win over customers by building a better product instead of just throwing gobs of money at the Top 40 charts. (And now I wait patiently as Spotify announces they’re paying for an exclusive. It’s inevitable.)