In this week's Weekend Reads: Getting around startup sexism with a fake cofounder, learning to love the self-driving car, and pictures that are worth a thousand words (as long as that picture is the thinking face emoji). 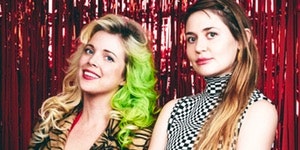 Fast Company These Women Entrepreneurs Created A Fake Male Cofounder To Dodge Startup Sexism Sexism in the tech and startup industry isn't exactly a well-kept secret. You can't go a week without reading a Business Insider article about harassment or discrimination. So what did Penelope Gazin and Kate Dwyer, cofounders of Witchsy, do when they faced startup hurdles? Invented Keith Mann, a male cofounder that got more respect than either of the real-life founders. It's kinda funny, kinda sad, and a perfect illustration of the struggles that female entrepreneurs have to go through all the time. 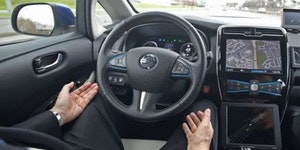 Recode We need to stop pretending that the autonomous car is imminent** Machines are coming to steal our jobs, right? We're one successful test drive away from self-driving cars becoming the norm and never having to take the wheel again, aren't we? Not so fast, says Bob O’Donnell. Autonomous vehicles still have issues, and that's under highly controlled scenarios. Send them out into the wild as-is and it would be disastrous. O'Donnell argues that we're still pretty far away from self-driving cars being practical. Let's see if we use that time to actually plan for the future instead of acting surprised when it finally gets here. 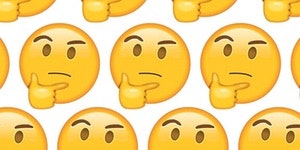 Esquire The Thinking Face Emoji Is the Symbol of Our Time You're a modern man or woman. You use social media. You use emojis. And because it's 2017, you've probably used the thinking face emoji. Esquire takes a surprisingly deep dive into everyone's favorite bemused yellow face, and how it reflects our confusion, our concerns, our fears, and our attempts to figure out just what we've been dealing with this past year.