In this week's Weekend Reads, learn about the surprisingly complex world behind those blue roadside highway signs (you won't believe how much some companies pay for them). Then, dive into the equally complex world of sandwich copyrighting -- or lack thereof. Finally, another deep dive, this time into counterfeit items sold on Instagram, and what the company is doing to combat them. 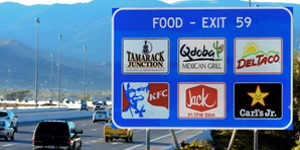 There’s nothing like being on a long road trip and seeing a beautiful blue roadside sign telling you that there’s a Taco Bell up ahead. (And also nothing like immediately regretting Taco Bell on a long road trip.) Have you ever thought about what goes on those signs, and who decides? Turns out, it’s surprisingly complicated. Michigan requires companies on the signs to be open at least 16 hours a day. In Colorado, restaurants have to offer drinking water and be open from 7am to 11pm. Signs for different establishments have to be in a certain order. They’re kinda pricey. Overall, it seems like a very complicated way to advertise for a Cracker Barrel, but what do I know? 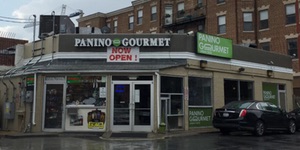 Important alert for anyone who owns a restaurant, or who is thinking of opening a restaurant, or has a special interest in sandwich intellectual property: Recipes aren’t eligible for IP protection. Recipes aren’t trade secrets, they aren’t trademarks, and they don’t have enough “substantial creative elements” to be copyrighted. That’s bad news for Washington, DC restaurant Fast Gourmet; they shut down and are claiming that a newcomer stole their sandwich recipes (and their entire menu design). They’re set to go to court, but it seems like the law is on the side of the sandwich thieves. 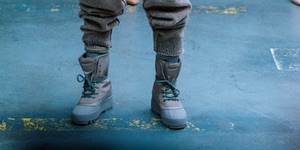 Should Social Media Platforms Do More to Curb Sponsored Ads for Counterfeits?

Ever see an Instagram ad that’s too good to be true? Like, say, incredibly rare and expensive Adidas Yeezys for a ridiculously low price? Spoiler alert, it’s probably counterfeit. You’re not getting 90% off out of the goodness of some retailer’s heart. Don’t fall prey to these sorts of scams! If the price seems improbably low, check out the seller and follow the guidelines set out by The Fashion Law: Find out where the company is located, look for any concrete information, and do just a little bit of legwork. You’ll be thankful when your identity isn’t stolen.

Next Up In Money

How will Biden's policies affect my money?

How one IT guy conquered mattress shopping with a spreadsheet

It's important to consider all the factors instead of choosing the most popular mattress brand.

The best ways to use a stimulus check

Congress passed a second coronavirus aid package that includes up to $600 per person.