In this week's Weekend Reads: Find out why doing your taxes earlier comes with a whole host of benefits. Then, get ready to fill your bookshelves with all sorts of Netflix toys. Finally, find out how the creator of New York City's High Line park is applying his lessons learned to other cities. 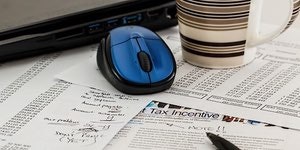 Christmas is over. New Year's has come and gone. Even Open Enrollment has ended. But don't worry - if you're looking for the next big thing to celebrate, tax season is here! And if you do your taxes early, it can be even better. (I know! You didn't think it could!) Want your refund sooner? File earlier. Want more time to obsessively check for errors? File earlier. Want current proof of income for things like mortgages or FAFSA student loans? File later. Just kidding! File earlier. So start now and get it out of the way before you rake in all of those winnings from your office March Madness bracket. 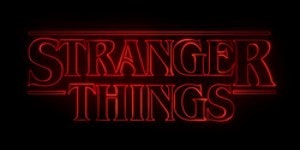 Netflix. You know it. You love it. You pretended you watched Beasts of No Nation even though you've actually just been watching every Adam Sandler movie they've put out. Well, if you want to show Netflix even more love, you'll soon be able to in the most American way possible: merchandising. Netflix is apparently ready to move from shows to stuff, so you can start wearing your Voltron backpacks and playing with Orange is the New Black toys and reading Stranger Things bedtime stories. It's not like this is anything new - Disney long ago mastered this whole deal - but it shows that Netflix continues to be dissatisfied being a middle man for other people's shows and movies. They want to be the next Disney. 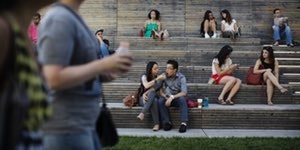 If you ever visit New York City, you owe it to yourself to visit the High Line. It's a "linear park" in the form of reclaimed elevated tracks, and it's pretty cool. It's been such a huge financial success that other cities, like D.C. and Atlanta, are creating their own "adaptive reuse" parks from old infrastructure. But Robert Hammond, the High Line's creator, feels that it's failed in one very big way: Meeting the needs of nearby residents. The park's success has driven up property values in the area, residents don't feel welcome, and there's worries that it's accelerating gentrification. That's why Hammond is taking the lessons they learned with the High Line - for things they both did and should have done - and helping other cities avoid the same mistakes. It's an interesting behind the scenes look at the socioeconomic implications of city planning that's definitely worth a read.Have you already finished your taxes? Are you excited for a Frank Underwood action figure? What are your thoughts on adaptive reuse parks? Let us know in the comments?