In this week's Weekend Reads, should your college major determine your student loan eligibility? Donald Trump thinks so.Plus, Charles Schwab's free investing isn't as free as you think, the future of payment isn't as easy as you think, Millennials aren't as risky as you think, AI assistants aren't as artificial as you think, and the highest-paid women are more attractive than you think. 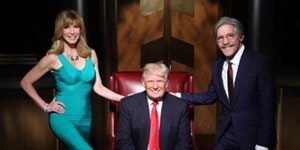 The BillfoldTrump: Student Loans Should Be Off-Limits To Liberal Arts Majors

Presidential nominee Donald Trump, which is a thing we have to say now, has some big ideas. Ideas that are as big as a wall across a border. One of those ideas? Student loan eligibility should be determined by major, which is essentially a giant orange middle finger to liberal arts majors. Student loan debt isn’t great – it’s something we’ve talked about here before – but it’s the only way that some people can afford a higher education. Is that a problem that needs to change in and of itself? Sure. But making college even less accessible in the meantime doesn’t seem like it’s the answer. Not only, as The Billfold cites, are many CEOs and business executives the products of liberal arts degrees, but what about when we find new ways to utilize these majors, like poets and other "artistic types" being used to shape the voices of personal assistants like Siri and Alexa? Besides, a liberal arts degree still has to be worth more than whatever Trump University handed out, right? 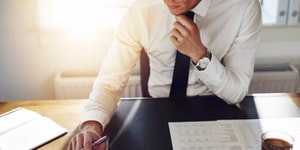 It’s hard to know where and how you should invest your money, isn’t it? You definitely don’t want to use a bigwig hedge fund manager – you’ve seen The Wolf of Wall Street and Wall Street and other Wall Street-related films. Maybe invest with robo-advisors? Not a bad option, but even their fees make them a less-than-optimal choice for some people. What about a bank? Charles Schwab is a pretty good bank – refunding ATM transaction fees is a huge selling point these days – but that might not be your best bet, either. Its Intelligent Portfolio service is technically free, but requires you to keep a (relatively) huge chunk of your investment as low-interest-earning cash. While you aren’t paying that money to Schwab, it’s effectively a giant fee because it’s unavailable to you to invest. Is every institution out there just trying to get their hands on your hard-earned money? Not necessarily, but if you chose to stick with an under-the-mattress investment plan, I wouldn’t really blame you. 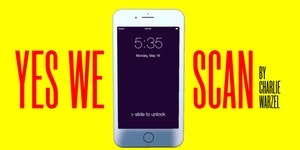 BuzzfeedSatan’s Credit Card: What The Mark Of The Beast Taught Me About The Future Of Money

We’re all hurtling toward the inevitable singularity where technology and biology will be seamlessly integrated so we might as well get started, right? First up: ditching that wallet. That means busting out your phone for mobile payment with apps like Apple Pay or Android Pay or business-specific apps like Starbucks’ app. But that involves cobbling together all of the different payment apps and then hoping wherever you go actually accepts any of them. You should also consider a transition to bitcoin. But why take half measures? A phone is just another barrier when you can get a chip embedded directly into you and just wave your hand at the register (and, again, hope you can pay that way). Then keep in mind that some people might see this as the Mark of the Beast. And the fact that you’re essentially getting chipped like a pet. It all sounds inconvenient at the moment, but I guess temporary headaches are the price of progress. 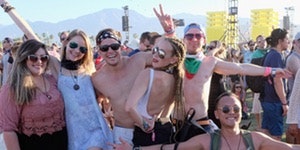 You know this article is about Millennials because it has "#YOLO" in the first paragraph and a picture from Coachella halfway through. #Respect. In this week’s "Hey, what are Millennials now?" feature we find out that Millennials are conservative investors. They hold more in cash, aren’t into riskier investments (going against traditional advice of hitting up high-risk opportunities when you’re younger), and care more about immediate needs than building wealth. Which is all well and good; it’s nice that "there's much more of a social consciousness" and "millennials were not as driven to get returns at all cost." But it’s concerning that "among those who have retirement accounts, one-quarter have already dipped into them." Maybe find a nice middle ground, Millennials? I get wanting more than just money, but you definitely shouldn’t be tapping your retirement savings. You’re going to need it when you’re too old to go to Coachella. 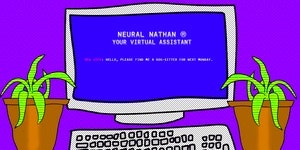 For the past few years (decades?) we’ve been concerned with robots stealing human jobs. Sure, we accepted it when it comes to manual labor, like building cars, but soon machines will be driving our cars?! They’re writing poetry?! This is too much. We can’t stand for this. Good new: we’re fighting back. Amy, the AI personal assistant from X.ai, along with other robotic personal assistants, were poised to steal even more of our jobs. But it turns out that a huge portion of the work, from confirming appointments to ordering takeout, are being done by good ol’ fashioned humans. That’s right, we’re stealing back our jobs. This is a huge step for humanity. Surely in the future, when Cortana is an actual hologram, I, Robot and Short Circuit are recognized as culturally-significant films, and humans are beginning to tire of the heavy metal hands of our robotic overlords, we’ll look back at this moment in time, when we took a stand against the threats to our very humanity, and use it as inspiration to rise up. 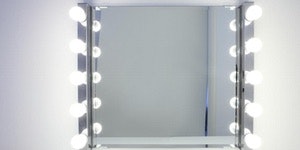 Everyone knows you should dress the part when going to a job interview. Knowing whether to wear a suit or a hoodie can make or break an opportunity. But regardless of what you’re wearing, you should always make sure you look nice, right? Comb your hair, where that one shirt without stains on it, and so on. Turns out that might be even more important for women. Thanks to Motto for pointing us to a study that shows that not only do attractive women get paid more, but it’s basically the only reason they get paid more. "Practices such as applying makeup and styling hair and clothing...accounted for nearly all of the salary difference for women of varying attractiveness." Do you like the movie Mean Girls? I hope so, because that is basically what the rest of your life is going to be like, even when you’re out of high school.