In this week's Weekend Reads, how much longer can you count on credit card points to pay for your exotic flights? Is the "Airbnb for dogs" really just another tech company? And how can you rebrand the idea of the bucket list so it isn't a depressing end-of-life wish list? 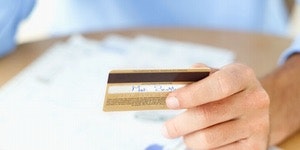 Credit cards are a lot of fun, but they can also be dangerous, sort of like marshmallow shooters. It can be easy to get out of control when it comes to spending, but you can also get a ton of great rewards in the form of cashback and travel miles and points to spend on retail things (like marshmallow shooters). We’ve talked about it ourselves. But the free ride could be coming to an end, mostly because it’s not a free ride for retailers who are charged for those extra perks you’re getting. But credit card providers are still fighting to get into your wallet, so expect the benefits to continue for a little longer at least. In the meantime, rack up those miles and take a nice vacation – it might cost you a lot more in the future. 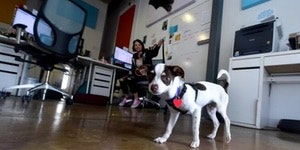 RecodeYeah, everyone calls us ‘an Airbnb for dogs.’ No, we’re not a tech company.

This story is a nice intersection of things we enjoy here: dogs and startups. DogVacay sounds like an amazing company. It seems like an Airbnb for dogs, but they don't want to be pigeonholed as that, if you couldn’t tell from the headline of the article written by founder Aaron Hirschhorn. Setting aside the adorable notion of taking care of dogs, Hirschhorn makes a good point that just because you use tech – whether it’s connecting with customers and clients or having a nicely-designed website – that doesn’t make you a tech company. It makes you a company in the 21st century. So the next time you’re talking to a startup founder, or even thinking of founding your own company, try to think outside the box. You might be limiting yourself without even trying! 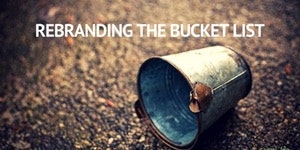 Have you ever seen the movie The Bucket List? If not, it’s a movie about an old Jack Nicholson and and old Morgan Freeman at the end of their lives doing all of the wild and crazy things they never did in their youth. Keep in mind that this is according to Wikipedia, because I’ve never seen it either, but that’s besides the point. Really, the point is that the bucket list is a silly concept because it makes it seem like you need to wait until your time’s almost up before you do things you actually want to do. Over at A Serial Life, Anna has rebranded it as "the fabulous list" to give it a positive connotation. She encourages readers to do the same – and to do what you want now instead of waiting until you’re dying. So enjoy your weekend, and let us know what you put on your own fabulous list!