In this week's Weekend Reads: Is stealing snacks from a CIA vending machine really worth the risk? What's the actual benefit of clipping coupons every weekend before you go shopping? And how do you redesign Ken, of Barbie and Ken fame, so he has a place in 2017? (Answer: Man buns, apparently.) 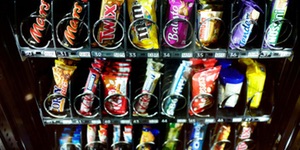 Think you’re getting ripped off by the government? Want to take back what’s yours? Why not try…robbing the CIA’s vending machines? That’s what some contractors did, stealing over $3,000 in CIA snacks. (I will not make a 100 Grand Bar joke, but know that it’s there.) How was this master plan executed? Basically by unplugging the machines from the internet. And they were caught on security cameras in the act. Ocean’s Eleven, this was not. Gotta admire the gusto, though. I know that if people were caught stealing snacks from the PolicyGenius office, getting fired would be the best possible outcome. 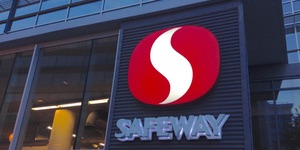 The BillfoldHow Much Money Could I Be Saving If I Bought Household Goods With Coupons?

Do you use coupons? I don’t mean in an extreme couponing way, where you built an artificial intelligence to select the best coupons and suddenly we have Skynet because you wanted a deal on mouthwash. But a casual use of coupons can save you a couple ten or dozen dollars a month, and that can really add up. At the very least, using coupons can help you plan out your shopping in advance, and you can see which stores have the best deals and what your weekly or monthly budget looks like. The Billfold’s Nicole Dieker looks at how coupons helped her save money in more ways than one. 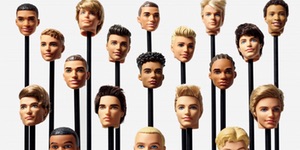 There has been a lot said about Barbie over the decades she’s been around: Her career choices, her body type, her dream house. Ken? Not so much. He’s been a crotchless staple of Barbie, the perfect companion, but mostly just…there. Not any longer. Now, Ken comes in normal, slim, and broad (don't call it "husky") forms! He has different hairstyles, from cornrows to man buns! He has a veritable palette of skin tones! The goal of Mattel is to boost sales by making their most famous dolls more inclusive. This isn’t like the past, where any non-white dolls were merely friends of Barbie and Ken. Now, in a Multiversal Theory of Ken, they are all the real deal Ken, whether they’re traditional white or ambiguously biracial. Caity Weaver’s hilarious trip to Mattel headquarters has the whole story of how this pantheon of Kens came to be.