In this week's Weekend Reads, we dive into the psychology behind making a budget that actually works, why homeownership is the main driver in deepening America's economic divide, and what theaters are doing to try to get you to actually come back to the movies. 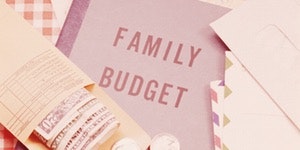 Budgeting is a pain, but it’s important. It’s kinda like flossing, or the subway. But like many other things, if you assume that it will be terrible, you can plan around that and make it not quite as terrible. For instance, if you think of budgeting as not being able to buy things, you may end up spending even more. Instead, set goals and think of your budget in terms of things you’ll be able to do! Or assume you’ll overspend so you can set realistic expectations. Or break up your goals into smaller goals so they’re more manageable. A budget is pointless if you can’t stick to it, so lifehack the heck out of it to make it work for you. Your retirement/vacation/mortgage will thank you. 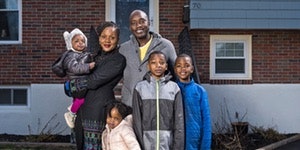 Homeownership! It’s part of the American Dream. But for some people, there’s an emphasis on "dream." Homeownership is more often a symbol of inequality, mostly thanks to the mortgage interest deduction. Being able to deduct mortgage interest from your taxes sounds great, until you realize it’s usually only worthwhile for high income earners to make deductions, the MID pushes up home prices, and renters get no benefit from it at all. Then it seems mostly like a great idea just for rich people, and you realize why it’s been in place for so long. The recently released Trump tax plan doesn’t touch the MID, so everyone better start cutting back on their avocado toast. 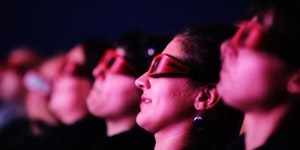 VoxHow can movie theaters compete with your living room? By building a better living room.

Going to the movies is a fun experience, unless you get stuck in a theater with someone who won’t put their phone away or won’t stop talking or is being sued by their date. You can’t really blame people for opting to watch movies from home: the food is healthier, it’s cheaper, you can set up your viewing environment just so, and you don’t even have to wear pants. But movie theaters are desperate to keep butts in seats, so they’re trying everything they can. Sometimes it’s alcohol and fancy food, other times it’s "4-D movies" where seats move like an amusement park ride and is a very incorrect definition of 4-D. But other theaters are taking the novel approach of just making going to the movies more comfortable, with better seats and soundproofing. Is that enough to pull you away from Netflix?