In this week's Weekend Reads, learn how to go from sorta-kinda budgeting to real adult budgeting from The Billfold. Then dive into the future of the gig economy with Salon's interview with Fullbright, developer of the game Tacoma. Finally, get advice from The Cut about how to handle income and responsibility disparities between couples so a dirty dishwasher doesn't end a relationship. 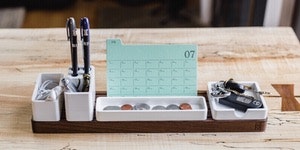 The Billfold Confessions From the Sorta-Budgeting Life Budgeting: It’s something we all know we should do, but most of us don’t. And of those who do budget, a lot of it is “sorta-budgeting.” We know how much money we have coming in. We know, roughly, what we’re spending the most on. That’s better than nothing, but it’s honestly not the best way to handle money. We should all know exactly how much we’re spending so we know exactly how much we have. But, like…that’s hard. Check out how Laura Maria at The Billfold handles “sorta-budgeting” with her partner, and what steps they’re taking to move to “actual-budgeting.” 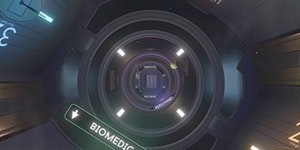 Salon “Tacoma,” the next video game from “Gone Home” creators, imagines the gig economy in space “Art imitating life” is a popular saying (or, at least, I’ve heard it’s a popular saying; I don’t know that I’ve ever heard anyone actually say it). What kind of life should art be imitating right now? The Trump administration? Climate change? What about the gig economy? Tacoma, a narrative-based video game released by Gone Home developer Fullbright, has a sci-fi take on the life of contract workers. Do you dream of working for loyalty points in lieu of a 401(k)? Looking forward to going to Amazon University of Buffalo? What about working out at corporate-sponsored gamified gyms for additional benefits? Tacoma imagines a future where private industry has taken over space (can’t imagine where they got that from, definitely not from SpaceX or Blue Origin) — and a path that looks eerily like one we’ve already started down. 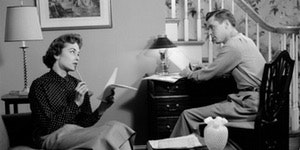 The Cut I’m Doing Really Well at Work and It’s Ruining My Relationship Relationships and money can be complicated. One partner will (almost) always be earning more than the other, and it can put a strain on a relationship if you try to split every cost evenly. Splitting chores can also be hard. If one partner earns more and works longer hours to do so, what should the expectations be for the other partner? Should he or she always run the errands or do the dishes? If you start keeping score of who does what, you’ll probably find yourself fighting more often than solving problems. The most important thing is to communicate expectations with your partner and be willing to compromise. For more tips, check out this advice column over at The Cut.