In this week's Weekend Reads: Zen and the art of British baking competitions, yet another time when Silicon Valley was ahead of the curve, and when working out is just as good for your wallet as it is for your body. 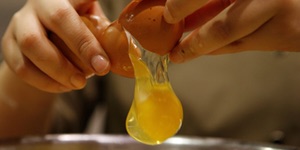 QuartzThe Great British Bake Off guide to being a happier, calmer human being

The Great British Bake Off is a great show. As might be obvious by the name, it's very un-American. It's a competition, but contestants help each other out constantly. There's a winner, but the prize is just a cake platter and a picnic. Who would want to be on that show? People who just really love to bake. Who would want to watch that show? People who want a relaxing show without all the infighting of American reality competitions. Also, people who want to see others experience "flow": being in the zone, unconcerned with the world around them. The Great British Bake Off might be the best option for viewers wanting a little more out of their reality TV, until The Bachelorette starts having the guys bake parfaits. 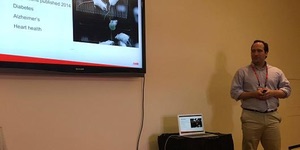 CNBCThis start-up is offering $8,000 blood transfusions from teens to people who want to fight aging

Hey, remember the hilarious scene in Silicon Valley when Gavin Belson has a "blood boy," transferring the blood of a fit young man into himself in his quest for eternal youth? Also remember how Silicon Valley is always so close to reality that it's really, really eerie? Enter Ambrosia, the startup that's solving the problem of old people not having young people blood, by selling them young people blood to the tune of $8,000. The blood is from 16- to 25-year-olds, usually bought through a blood bank. Which means teenagers are almost certainly being underpaid to give their blood to their elders. 2017, y'all. 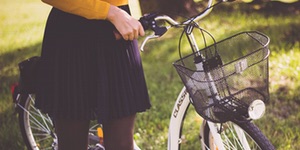 There's an intrinsic relationship between physical and financial health. Being in better shape saves us money on health and life insurance. Being healthier means we can work (and save for retirement) longer. And getting hurt can be very expensive. Over at The Financial Diet, Hayley French tells the story about how, in her haste to get fit, she hurt herself and ending up being out $600. We've all been there; whether it's a New Year's resolution or a mid-year resolution, we all want to take shortcuts every now and then. It's important lesson to keep in mind, and better when we're not the one shelling out the $600 to learn it (sorry, Hayley).