In this week's Weekend Reads, Vox gives us a taste of universal basic incomes, National Geographic breaks down the country -- literally -- into economic "megaregions," and Quartz takes you inside Google's Alphabet's Jigsaw, a tech incubator that wants to make the world a better place and definitely isn't Google. 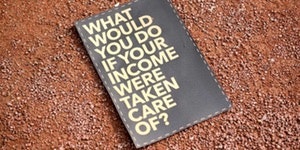 A universal basic income is one of the more fascinating aspects of economics and personal finance. What happens to people, the idea of work, and our very society if you make sure every single citizen has at least enough money to live - enough money to not have to settle or give up on their dreams? It sounds pretty sci-fi utopian, so maybe the most fascinating part is how persistent and relevant the idea is. While there have been tests here and there about what happens when you introduce a basic income, Scott Santens is actually living it thanks to $1,000 he gets from Patreon donors each month. If you're interested in the idea and want a real life use case to look at, start here. 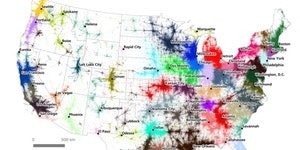 So we're about a month out of the election, and people still can't stop talking about it, specifically the role of the Electoral College. But instead of asking whether or not some states should have an disproportional amount of power in selecting the president, what if the real question is whether or not we should have states at all? This NatGeo look at megaregions - areas based around economic activity (and the necessary commuter routes for workers) instead of arbitrary borders - shows a different way we might divide the country. Take a look and see where you'd be in this new world order: in New York City (isn't it already its own bubble)? The largest of the megaregions - the Twin Cities? The no man's land out west (sorry, literally all of Montana)? Let us know! 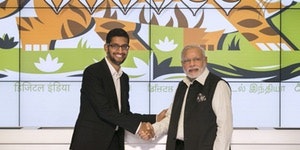 Hey, you know Google? The second biggest company on the planet? Trick question! You're thinking of Alphabet, Google's parent company! Gosh, how could you forget that? Anyway, you might be unfamiliar with Google's sibling company, Jigsaw. Jigsaw is technically a tech incubator - researching and implementing new technology ideas - but it has a geopolitical slant. The group works on ways to protect activists against cyberattacks, let journalists search business databases to investigate corruption, and combat radicalized content (like ISIS videos). Basically, it's trying to make the real world a better place via the digital world. As interesting as the work Jigsaw does is, it also raises a lot of questions about imposing viewpoints and ideals across the world and how much we can trust a corporation with things like protecting non-state run newspapers. Google might get all of the headlines, but Jigsaw might be the more important piece of Alphabet's stable of companies.