Weekend reads: All Halloween everything, and Christopher Walken

In this spooktacular edition of Halloweekend Reads, we have the best in pet costumes, scary soundtracks, and haunted Scandinavian countries. Take a look at an all-candy infographic, find out where not to go for Halloween, and stay tuned for a special PSA on the pumpkin shortage sweeping the nation. 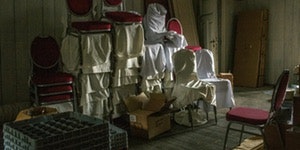 The New York TimesNorway Has a New Passion: Ghost Hunting

Is "Norwegians are a superstitious lot who believe in ghosts" an established stereotype? It might be soon. It seems that even though religious participation is decreasing in Norway, the belief in ghosts is on the rise. On your next Scandinavian visit, be sure to check out the haunted houses, travel agencies, and, conveniently, tourism offices. Also on the rise? The number of clairvoyants, ghost hunters, and television shows about clairvoyants and ghost hunters. 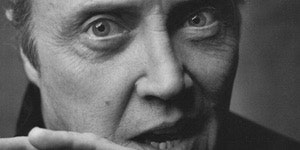 NerdistChristopher Walken Releases THE RAVEN For Your Imagination

There isn’t a better time for spooky stories than Halloween, obviously. But instead of sitting through whatever number Paranormal Activity is in theaters now, why not take in a classic? There are few stories that are as creepy-cool as Edgar Allen Poe’s "The Raven," and there are few actors who are as creepy-cool as Christopher Walken. Put them together and you have the perfect soundtrack for enjoying the hard-earned candy you took from your kids (more on that later). 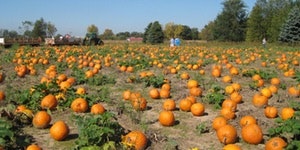 Pumpkins are as much a part of Halloween as ghost and witches. Even better, they’re still in-season for Thanksgiving, so you really get your money’s worth. That’s why this year’s pumpkin shortage – caused by too much rain in some places and not enough rain in others – is so concerning. If you still need your pumpkin fix, you can always reach for a pumpkin spice latte, pumpkin beer, pumpkin kale chips, pumpkin pie vodka, pumpkin pie cookie butter, pumpkin-scented air freshener, or literally everything else in the world that is pumpkin flavored/spiced/scented/colored because this is out of control. 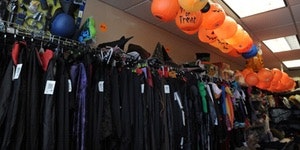 FortuneHere's the worst city for Halloween

Sorry, St. Petersburg. You are officially the worst city in America (for Halloween). Don’t take it personally; you still have a lot going for you, and maybe you’ll rank better for holidays that don’t require better scores in walkability and pedestrian fatality rate. In other news, New York City ranks the best city for Halloween, and people will spend roughly an equal amount of money on costumes, decorations, and candy. Also, some people evidently spend money on Halloween greeting cards, showing that we will look for any excuse to send a card. 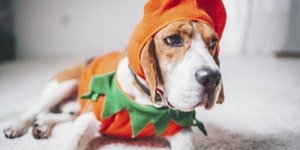 You have two things to do before this weekend: make sure you get pet insurance for your pet, and dress them up and take them out trick-or-treating. Obviously applying for life insurance is easy with PolicyGenius, but the costume part seems a little more complicated, right? Not with these DIY costumes. You’ll have your furry friend dressed up as a Beanie Baby, lion, or ghost in no time. Still too much work? Just adopt a black cat and your job is already done! 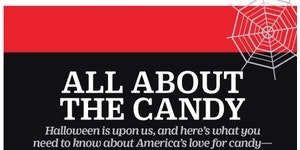 MoneyEverything to Know About Halloween Candy in 1 Graphic

Why should kids have all the fun on Halloween? They shouldn’t, which is why you take some of their candy for yourself, just like 80% of parents will do this year. This infographic has other tasty candy tidbits included, like the fact that Peeps will last for up to two years (and you can probably add on a few more months by popping them in the microwave). So do your part in preventing cavities and steal your child’s candy this weekend (while listening to Christopher Walken).