In this week's Weekend Reads, Jean Chatzky teaches you how to get ready to become your own boss in the gig economy, alien abduction insurance is there to protect you in case of probing, and people get snarky over Google Trends breakdowns of Brexit. 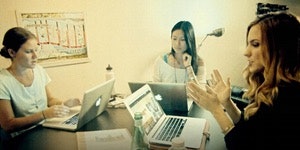 TodayThinking of joining the gig economy? Consider these points first

More and more people are joining the gig economy, and we know this because Uber is now worth 62.5 unicorns. But with the perks of being your own boss and working your own hours comes a lot of responsibility, and most of it is financial. No employer-provided health insurance, no matching 401(k), no tax being automatically withheld from paychecks. Before you strike out on your own, read this guide from personal finance expert Jean Chatzky about what you need when you’re in charge of building your own safety net. And be sure not to skimp on the insurance! Life and long-term disability are especially important when you won’t have anything else to fall back on. Don’t worry, I know a place. 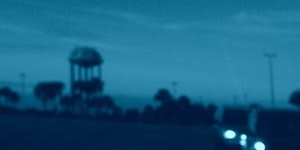 The AwlClaims Adjusters of The Third Kind

There’s insurance for a lot of different things out there, including the latest in Taylor Swift breakup insurance (as if #Hiddleswift won’t last forever, right guys?) so it shouldn’t be surprising that alien abduction insurance is a thing. In fact, it’s more surprising that it’s actually a very self-aware satire on an industry that all too often wants to "obfuscate details that could frustrate buyers," including "a select few straight up prey on fear and knowledge gaps to sell crap." Still not sure if that’s about insurance or true believers, but it’s eerily close to PolicyGenius’ mission – teach people about insurance rather than just selling it to them, provide transparency, and let them know what they don’t need – so it’s weird that we don’t offer alien abduction insurance. I’m going to make a note to suggest it for an upcoming product. Auto insurance can wait. 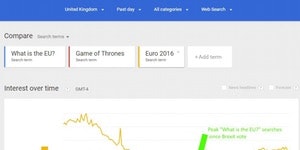 So, Brexit happened, and if you need a quick refresher on what exactly an EU is, look here. Or you could google it, which is allegedly what just about everyone in the UK did right after the vote. It’s fun to crack jokes about it – and many, many headlines did – but no one really seemed to look at the context. What, the internet using a shocking headline without vetting the information?! But Danny Page has a good breakdown of the trend of looking at Google Trends and how that doesn’t really work. For example, just after the 2012 US presidential election, it looked like a lot of people were googling "who is Mitt Romney" when in reality it was a drop in the bucket compared to plain ol' "Mitt Romney" searches. Likewise, that huge spike in "what is the EU" constituted a whopping 1,000 searches. So remember, context matters. If you don't you'll look like a fool and some hot take articles will be written about you, followed, of course, by rebuttal articles that will be featured in the Weekend Reads.