In this week's Weekend Reads: A video of yet another airline confrontation, some uplifting student loan success stories, and a behind the scenes look at why Fyre Festival's destiny was to be a complete disaster. 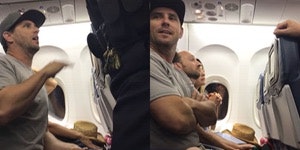 Remember the days when the most common scandal was whichever retailer lost your details in a data breach? Okay, we just had that Google Docs phishing scam, which is close, but these days, the scandal de jour seem to be with airlines. Whether they’re dragging passengers off planes or killing giant rabbits, they just can’t seem to catch a break. The streak continues, with this scuffle over toddlers, empty seats, and threats of jail time. It was all recorded on a phone, because of course it was, and Delta has promised to look into the situation. It’ll be interesting to see how airline treatment of passengers changes (or doesn't) as they become a weekly YouTube sensation. 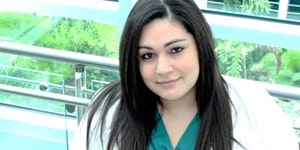 Paying off student loans can be tough for anyone. It’s weird how there can be $1.3 trillion in total student loan debt but at the same time, you feel like you’re all alone trying to figure out how to deal with your bills. But Jean Chatzky has profiles of six individuals who are making real headway on their loans. They aren’t doing anything especially unique, and they’re using tips and techniques we’ve talked about before: Cutting costs, instituting a payment method (like the Snowball Method), refinancing, picking up extra gigs. The most extraordinary thing is possibly that they actually did these things, and stuck with them. It’s easy to throw out how-to’s about paying off student loans, but it’s another thing to actually go through with them. And sometimes it’s helpful to hear stories about real-life people who can do it — it means that you can, too. 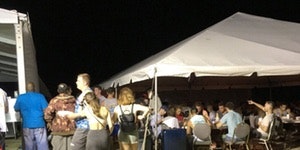 New York MagazineI Worked at Fyre Festival. It Was Always Going to Be a Disaster.

By now we’ve all heard the Fyre Festival horror stories: People stranded on an island, poor food options, no villas. The account took social media by storm, but maybe it shouldn’t have. NY Mag has a behind the scenes look with one of the talent producers of the festival, and it was a mess from the word go. Nothing was set up, performers weren’t being paid, and the estimated cost to get the festival up and running at the last minute was $50 million. No wonder they could only afford meals of bread and cheese. The story reveals just about what you’d expect if you’ve been following along in the disaster, which itself is what you’d expect from a 2017 music festival headlined by Ja Rule and Blink-182.