This article was last updated in 2015. For the most up-to-date information on health insurance and state-by-state changes, visit our Health Insurance Guide.It’s everyone’s favorite time of the year! No, not football season. No, not Christmas (although it is almost October, so expect to see decorations go up soon). We’re talking Open Enrollment, the time for you to shop for your legally-mandated health insurance. Whether your state is on the federal exchange or is running its own marketplace, a lot has changed since last year. Here's a look at which states had big changes and what you need to know as this year’s shopping season begins. 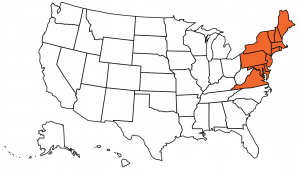 The Connecticut exchange, Access Health CT, is increasing the fee it charges insurers by 22%, from a 1.35% assessment on plan premiums to 1.65%. Companies don’t typically like to eat the costs when the price of doing business goes up, so don’t be surprised if this is passed on to customers.

Delaware was one of several states considering transitioning to its own state exchange depending on the Supreme Court’s decision on King v. Burwell, which centered around states’ rights to subsidies. However, based on the outcome of that case, Delaware is sticking with the federal exchange.

Maryland is running a pilot program where customers who contact Maryland Health Connection will be transferred to brokers to continue the enrollment process. The hope is that this will help provide information to customers and decrease the amount of time spent settling on a plan, resulting in a better customer experience.

The bad news: if you’re shopping for insurance in Massachusetts, you’ll have significantly fewer choices this year – the number of plans is decreasing from 126 to 81. The good news: you’ll have access to a provider search tool to find out which doctors accept your coverage so you don’t choose a provider and end up with a nasty surprise at your next doctor’s appointment.

New York is trying to become the first state to categorize pregnancy as a qualifying event. They also want to introduce a Basic Health Plan, which would provide "coverage specifically for New Yorkers with certain income levels." Neither of these will go into effect this year, but they’re changes to keep an eye on if you’re thinking of using the New York exchange in coming years.

Like Delaware, Pennsylvania was considering moving to a state exchange but, also like Delaware, decided to stick with the federal exchange due to the decision on King v. Burwell.

In past years, HealthSource RI required consumers to actively renew their coverage; that is, they had to renew their plans even if they were going with the same coverage as before. The idea was that this would keep consumers aware of changes rather than continuing with coverage that wasn’t right for them. This year, though, enrollees can have their coverage automatically renewed. So if you’re shopping in Rhode Island, you may not have to do anything – but it’s best to make sure you have the insurance you need.

Vermont had a rough start to their exchange program, technologically speaking. Governor Shumlin announced plans to reduce pain points in actions like changing your coverage online. The end goal is to have improvements finalized when Open Enrollment begins in November. The Shumlin administration provided a promising progress update in June, but the real test will come when customers start renewing in the fall. 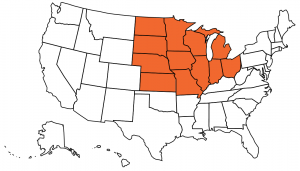 Things should be pretty quiet in the Midwest come November, but customers in South Dakota will see some major rate increases. Eight of their carriers have requested rate increases in the double digits, with Wellmark having an average increase of 43%. The average rate actually decreased for 2015 in South Dakota, so it’s possible these big spikes are making up for the lower costs South Dakotans experienced this past year. 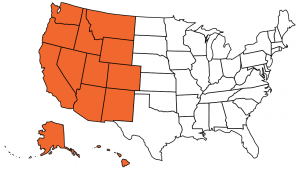 California is adding two new carriers to their exchange: UnitedHealthCare and startup Oscar. This brings the total number of carriers on the marketplace up to twelve.

When the ACA was enacted, some plans were "grandmothered" in; they were transitional plans that were never meant to last. The time has come to retire them, and as the grandmothered plans are discontinued, customers must switch over to an ACA-compliant plan or a grandfathered plan (and old plan that was permanently moved to the ACA and won’t be discontinued).

Hawaii’s Hawaii Health Connector was unable to become financially self-sustaining by January 2015, so they’re switching to the federal marketplace for the next Open Enrollment period. Current enrollees have to re-enroll through Healthcare.gov for 2016 coverage.

There are big price changes coming to Idaho health insurance customers, as 3 of the 5 carriers of individual health plans increased rates by double digits. The assessment fee from Your Health Idaho is also increasing, from 1.5% to 1.99%, so the exchange can remain self-funded.

Nevada has moved to the federal marketplace and customers will use Healthcare.gov to purchase coverage. Humana will be an option for residents, and Anthem will start offering PPOs.

Oregon transitioned to the Healthcare.gov marketplace, and grandmothered plans have to be replaced with ACA-compliant or grandfathered plans this year. 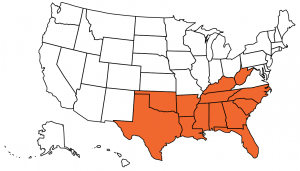 Arkansas is on the federal exchange – for now. Unlike other states, who decided to stay with the federal exchange because of the King v. Burwell decision, Arkansas may make the leap to their own state exchange. The plan is to implement their own Small Business Health Options Program (SHOP) in 2016 and move completely to a state-run exchange for individual coverage in 2017.

Insurance Commissioner Kevin McCarty has power to regulate and challenge rate increases proposed by carriers for the first time under the ACA. This will provide crucial oversight that should help keep costs relatively in-check.

The Louisiana Health Cooperative closed, and although it’s fulfilling coverage through the end of 2015, it’s not participating in the Open Enrollment period for 2016 coverage.

Kentucky added three carriers of individual plans. This is great for consumer choice, as "for the first time, all Kentuckians will have at least three private insurance companies to choose from."

There’s a controversial bill that's been signed into law in Texas centered around insurance. Beginning September 1, insurance carriers have to note on policy ID cards who purchased through the federal exchange. Proponents see it as something that will help both the policy-holder and physicians, while opponents don’t think it’s needed at all. It won’t affect consumers as far as purchasing insurance is concerned, but together with recent voter ID proposals across the country it’s a part of a larger conversation.

West Virginia only had one carrier in 2014 and 2015 – Highmark BCBS – but residents of some counties can now get coverage under CareSource. Kentucky Health Cooperative had planned to expand to West Virginia but those plans were postponed.If you’re looking for more tips, be sure to check out our health insurance checklist for a step-by-step guide to make insurance shopping as painless as possible.Photo credit: Tom