Save your broken stuff for free at a Repair Cafe

Angela Wang owned the tall lamp with the ornate stone pole for 15 years when the switch stopped working. Sometimes the lamp would turn on. Sometimes it would not. She thought about taking it somewhere to get it repaired, but feared it would be expensive. She worried she'd have to throw it out.

One day Wang was reading her local paper and saw a story about an upcoming event in her town in New Jersey. Green Summit, a local environmental group, was organizing a "Repair Cafe" at a local church on a Saturday in September, where volunteers would repair clothing, appliances, bicycles — and lamps. Wang had plans to watch her friend's daughter in a cheerleading competition. She canceled.

At the Repair Cafe, she met Chris Muir, who was a boiler technician in the Navy and a lifelong handyman. Muir's wife encouraged him to volunteer at the cafe.

"I do so many things around the house and she thought I could be helpful," he said.

Muir was already having a busy day when Wang walked up with her lamp, having tackled a hair dryer, a microwave with a door that wouldn't close and an assortment of other lamps, with varying success. He was able to replace Wang's light switch, sparing her from paying for a professional repair or throwing the lamp out altogether.

The Summit Repair Cafe is one of more than 1,500 Repair Cafes around the world. The growing movement gathers volunteer repairers and matches them with people who need things repaired. Their aim is to keep people from throwing so much stuff away, but in addition to reducing waste, they can also save money. (Read about how one genius is reducing waste by trying to "recycle the unrecyclable.") 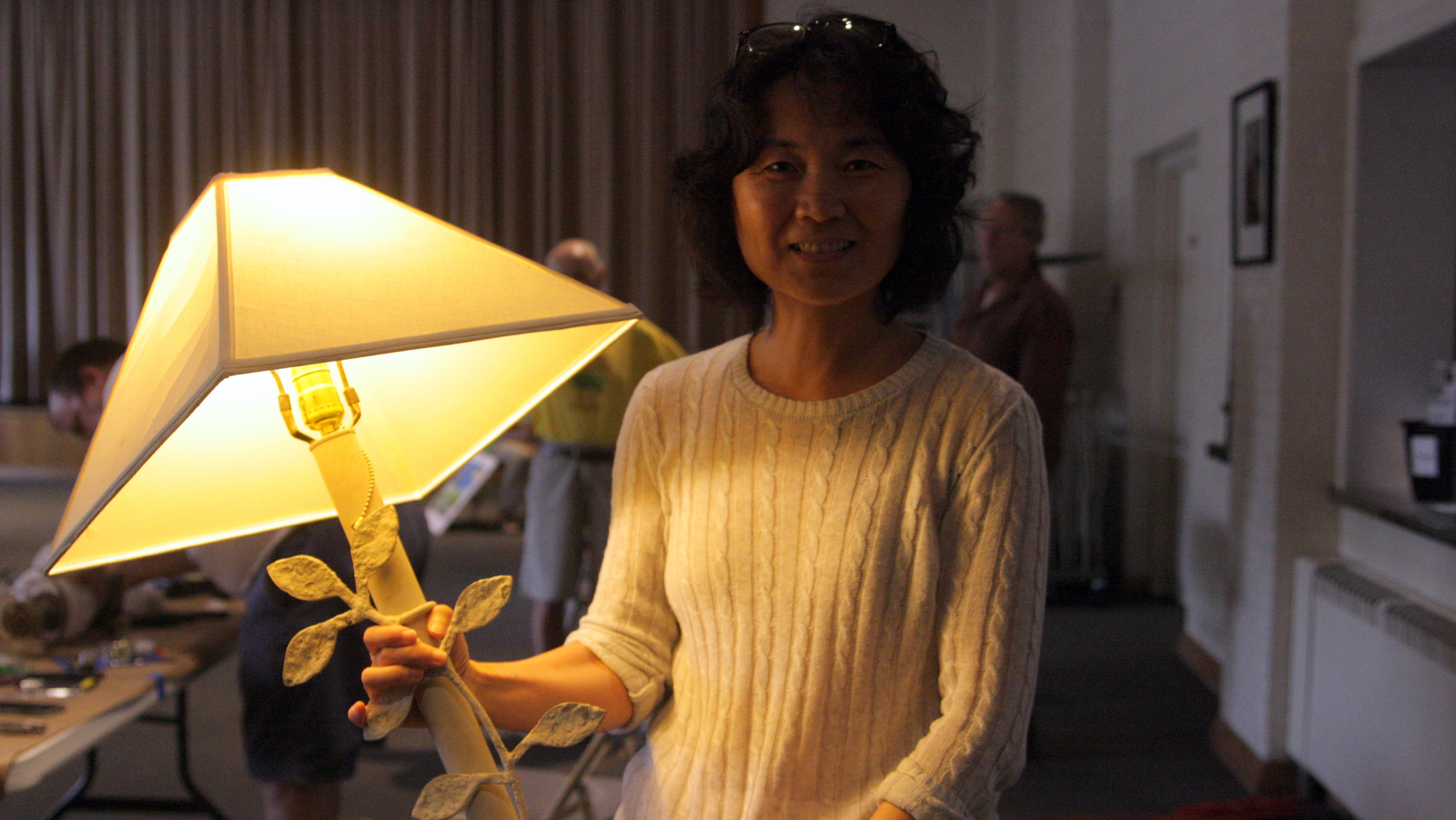 Courtney Cordaro, a member of Green Summit who works as a graphic designer, organized the Summit Repair Cafe in keeping with the group's mission of sustainability. She attended a Repair Cafe in a neighboring town and got the idea to bring it to her town. She assembled volunteers with varying degrees of skill and professional experience: a knife sharpener, a bicycle repairman, a furniture repairman, a trio of seamstresses and a few people like Muir who could fix miscellaneous things.

Visitors to St. John's Lutheran Church, which hosted the Repair Cafe, filled out slips indicating what they needed fixed and waited at one of the various repair stations. Cordaro, unsure what the demand would be for the community's first Repair Cafe, printed 50 slips. She needed more after an hour.

Inside a community room where all the repair work took place, Jerry Duffey's knife sharpener droned loudly in a corner near the door. Duffey sharpens knives as a hobby business, normally charging $1 per blade inch. His services were free on this day, much to the delight of Beth Lovejoy, whose knives lately struggled to even cut a pepper.

Duffey sharpened three knives for Lovejoy, the chairwoman of the local environmental commission. After he was done, she said, "I'm going to go back home and get more."

Cordaro hopes the Repair Cafe teaches people the value of holding onto their possessions.

"Items don't need to be so disposable," she said.

Aside from the environmental impact, repairing, rather than replacing items can be a budget-friendly move — even more so when the repair is free. But even a professional repair job is usually cheaper than buying a new product outright. Read our guide to saving on home appliance repairs. 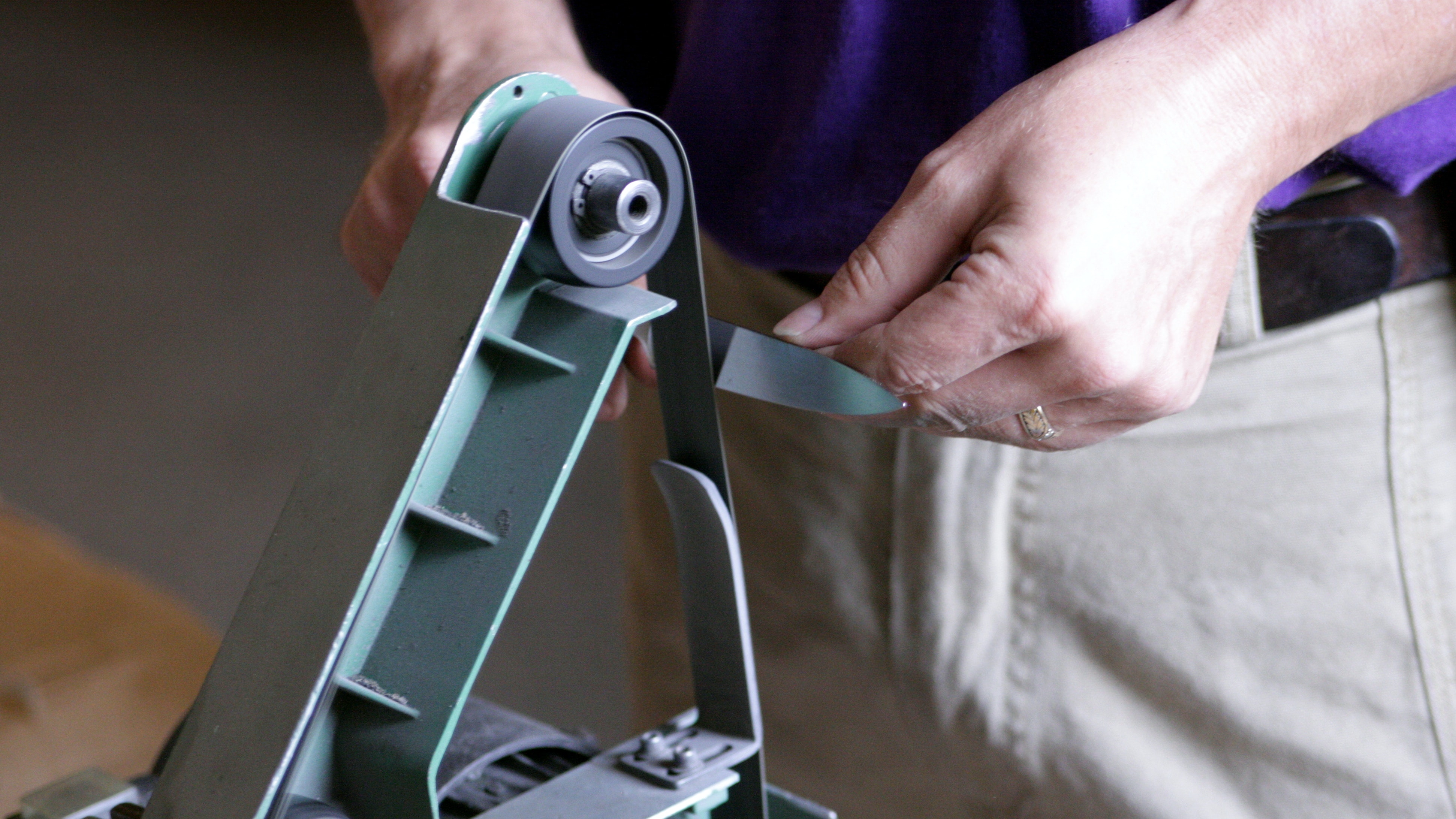 From the Netherlands to the world

Martine Postma was a journalist in the Netherlands writing about sustainability in 2009 when she decided she wanted to do more than write about it.

"I started thinking about the issue," she said. "Why did we throw away so many products and why do we create so much waste?"

The first Repair Cafe happened in Amsterdam and was so successful Postma wanted to start a dozen more. After ruling out the idea of traveling through the country and starting them herself, she decided to write a manual on how to start a Repair Cafe instead.

"That turned out to be a good way to spread the concept," Postma said.

A few years later, the manual, available on the Repair Cafe Foundation website, has been translated into English, German, French, Spanish and Japanese. Repair Cafes are in 33 countries. There are cafes in Adelaide, Australia; Bengalaru, India; Oak Park, Illinois.

Postma hopes the popularity of Repair Cafes convinces manufacturers and politicians to make it easier for people to repair their products. In the U.S., the Right to Repair movement is pushing for regulations that would require manufacturers to make technical documentation and equipment available so that repairers and the owners of products can fix products rather than constantly buying the new version. New Jersey, where Cordaro lives, is one of the states considering Right to Repair legislation. 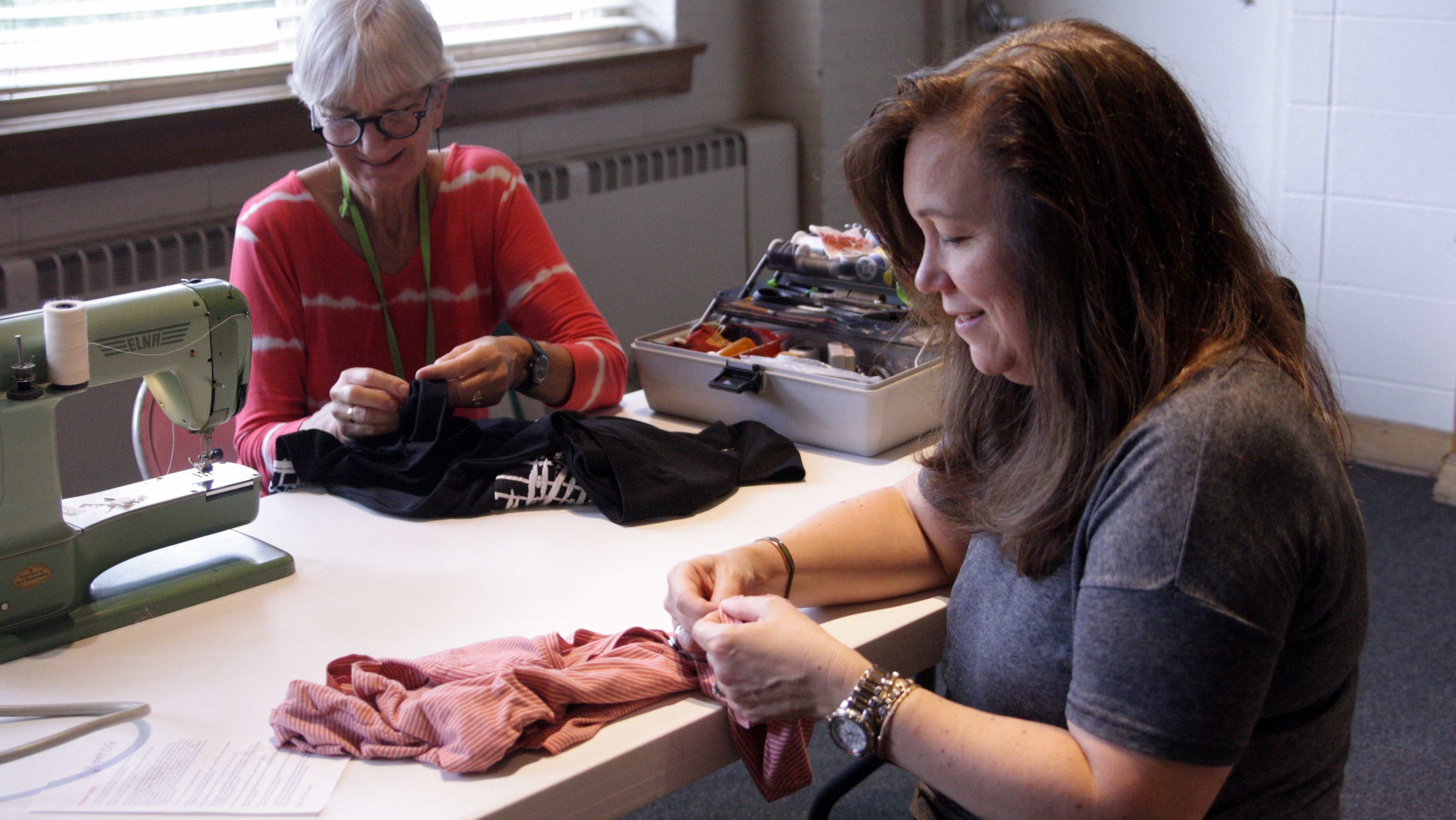 If you need something fixed, or would like to volunteer to fix things, check the Repair Cafe Foundation website to find a Repair Cafe near you.