How to save money like a boss: tips from Joel the super saver 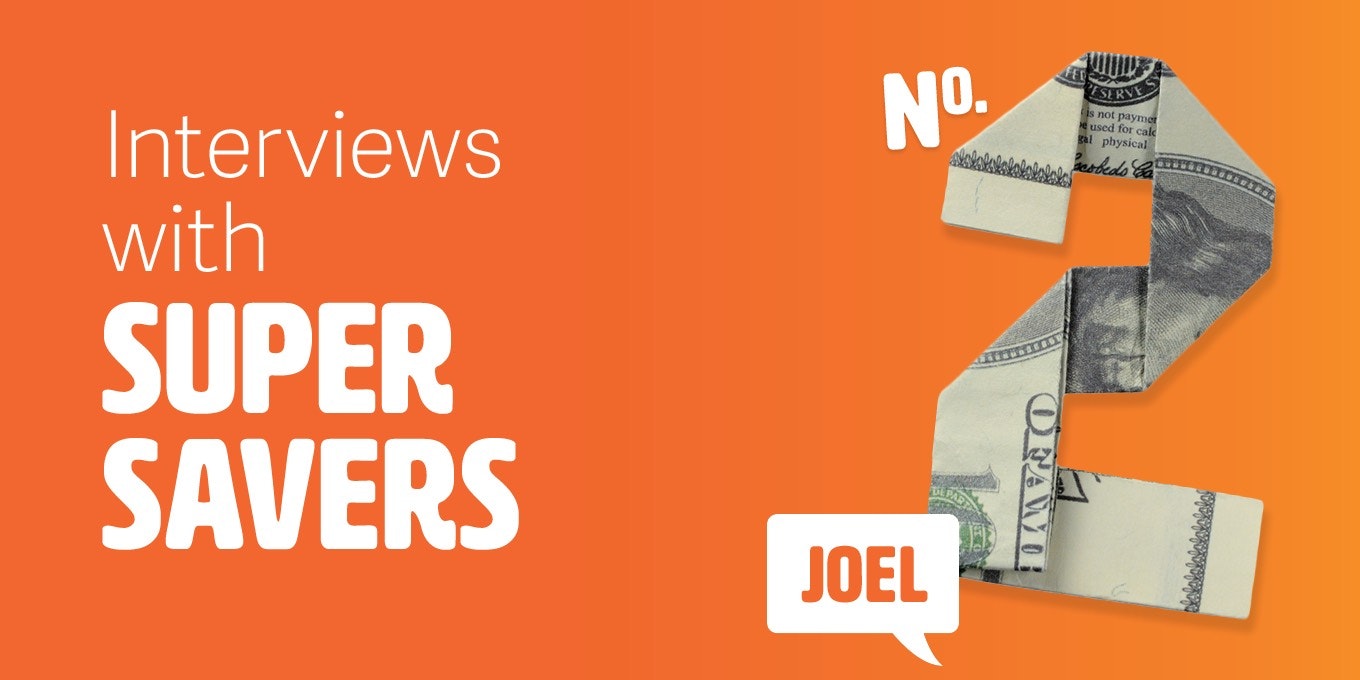 Our second subject is Joel, a 33-year-old who might be called "cheap" by his friends but who prefers saying he just doesn't have "a compulsion to buy things." Thinking of value first before deciding whether to spend or save money has allowed Joel to own three rental properties with seven units at an age when most people are buying their first home. And one time, he walked 10 blocks to save less than a dollar on a slice of pizza.

Describe your relationship with money and your spending personality.

What are some ways you save money that might be seen as unconventional?

"There's a few. At certain points in my life, I've definitely downgraded my living situation well below what people who make the same salary would expect. So, at one point I had an hour commute to the city when I was a lawyer in New York. I have walked 10 blocks to get pizza I thought was reasonably priced, even though the difference in the closer pizza was about a dollar, I mean, even less. But I was so irritated by the concept of overpaying. I do my own laundry always. I've actually become less cheap than I used to be, from the bad influence of my husband, Justin."

What is your thought process before you make a purchase?

"Before I make a purchase, I think, will I absolutely need it? It's funny, so I have no compulsion to buy things really, except for travel. But, other than that, I think 'do I really need it or am I going to regret buying it later?'"I'm always concerned with getting good value, like is it really the thing I should be buying. Just because I don't shop a lot, and things don't come up often, so it almost makes it harder to then say 'what is good value' because I don't normally buy things. So basically, total necessity will make me shop for things. So my shoes no longer work, right. So then, I need to buy shoes, and then I freak out that I don't know what shoes are supposed to cost, which is true, because I buy shoes less often probably than other people. So, the idea is to set a baseline for what is good value for that thing and then try to decide. And I'm more concerned about getting good value than I am about the actual expense. So, I would be way more upset if I spent $80 on something that was worth $40, than spending $250 if it were a great deal. So yeah, the thought process is baselining what good value is and trying to get that."

What do you think is the funniest thing you've done to save money?

"I lived in this apartment where the bathroom only had three walls for about a month, because it was a good deal on CraigsList. The other wall was a plastic bag."

When you do spend money, what is your attitude like? What do you like spending money on, and do you ever get buyer's remorse?

"I base my trips on where I think I am getting good value. People kind of have this idea where they're like 'Well I want to go to Italy, and Italy's the only place I want to go, and I want to go in August.' I'm more like, I want to go to a lot of places, and I see where there's a good deal. And, you know, it won't be anywhere, but I let the good value decide where I travel unless I'm totally uninterested in that part of the world. I wasn't thinking of going to China last year, but then there was a $700 direct flight from Chicago to Beijing round trip, so then it became way more interesting to go to China. So even when I travel, the idea of good value is one of the deciding details on where to go."

What opportunities has being a super saver given you that you might not have had if you weren't?

"I've probably saved more money than most people my age who have similar salary ranges, and to be able to own property and own a home. So those opportunities have been available only because I live below my means, because it would have been very easy to just spend the money. It's not like i've ever been in a situation where it would have been inconceivable to spend my salary on a different lifestyle. So yeah, I guess just to have a little bit more financial security."

What advice would you give to someone who needs to start saving money?

"It's like developing a sense of balance or something. It's like, people who are struggling with weight think 'well I just ate this for lunch, I can eat whatever for dinner,' and I think that's how you should think about saving. You can have a big dinner, but then you know you're not going to have six pieces of bacon for breakfast. And I think by having kind of an intuitive sense of always what that number is for you, like always knowing if you're spending too much or too little, and always being able to pull yourself back. And when you have spent too much, like 'Okay, on a whim I decided to get this thing I wasn't planning on,' then knowing that you'll have to cut back on something else. So I think a lot of non-savers don't really have that. It's the same kind of thing like for people who think about health-consciousness and people who don't. So yeah, you know, you can't do both.

"Have a clear sense of how much you're supposed to spend, and when you're deviating, have ways to bring yourself back. And also, at all times knowing what your savings target is and if you're missing it or not and are going to meet it or not. You should just not be surprised by your finances. If you're overspending, you shouldn't be surprised that that month, you don't have any savings. And at any time, like within the month or within a year, always being aware of where you are with whatever savings target you set for yourself. I think people have different techniques that work for them—some people keep a number in their head, but I don't have time to fill out a spreadsheet, but some people probably like that. I just have a general sense, like 'I bought lunch four times this week, that's probably not what I should be doing because I had nothing in my budget for lunch, so that means I'm probably overspending.' I don't actually do that much math."

Are there any unconventional ways you make money?

"I've always been fascinated with the idea of having rental property so that I have a passive income, because I think 'Oh, wouldn't it be nice if I didn't depend on my job' because I was always working jobs that I hated. But the idea is like, for that reason, I've always invested in rental property, sometimes unsuccessfully, but the idea is having rental income besides my current income. It also fueled my saving more, because then I feel like I can just live off the rental income and save my whole salary. So, it doesn't always work as planned, but I would say that's one of the additional ways of making money."