Review: Is Pod Save America the best podcast network for surviving the Trump era?

Thanks to the 2016 presidential election, we aren't just thinking about life insurance over here anymore. A whole new crop of political podcasts have sprung up, the most popular of them might be Pod Save America. The hosts have been on The Daily Show. Pod Save America merch made...interesting appearances.

And it launched an entire podcast network.

The Pod Save America podcast was quickly joined by four others – Pod Save the World, With Friends Like These, Lovett or Leave It, and Pod Save the People – under the Crooked Media banner. Unashamedly left-leaning, the podcasts of Crooked Media are irreverent and entertaining in a way you probably didn’t think politics could be. But even though they’re fun, they take their job seriously: they encourage conversation and action in a time of political frustration.

Whether you listen to your podcasts through iTunes, Google Play, Soundcloud, Stitcher, or anywhere else, here’s why you need to subscribe to the Crooked Media podcast series. And for more of the best political podcasts, be sure to check out previous lists that we’ve put together here, here, and here. 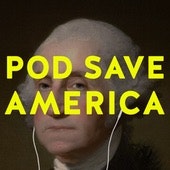 Pod Save America is the spiritual successor of The Ringer’s Keepin’ It 1600. Hosted by Jon Favreau (not that Jon Favreau), Jon Lovett (not Jon Lovitz), Tommy Vietor, and Dan Pfeiffer – all former Obama staffers and the brain trust behind Crooked Media itself – the show promises "a no-bullshit conversation about politics." The group uses their political experience to attract guests like David Axelrod and dive deep into the weeds. Pod Save America talks about what’s happening in the news (which is a lot these days) but always asks the question "what can we do?" and encourages listeners to get involved with organizations like Indivisible so they can make a difference. (Plus, among the great Pod Save America sponsors is PolicyGenius. Worth a listen just for the plugs.) 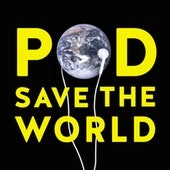 ##Pod Save the World

What’s happening in the country is important, but so is what’s happening in the world. Pod Save the World sees Pod Save America co-host Tommy Vietor, a former spokesperson for President Obama and the U.S. National Security Council, going "behind the scenes with the people responsible for some of the most important foreign policy decisions of our time." Whether he’s talking Russia with Mike McFaul, Syria with Colin Kahl, or surveillance with Glenn Greenwald, Vietor makes good on providing "a no-bullshit conversation about foreign policy," diving deep into topics that are glossed over in American news. 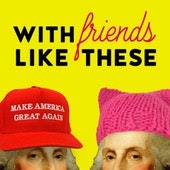 Talking about politics is hard, and if you’re listening to Crooked Media podcasts, it might seem a little like you’re staying in your echo chamber. Want to hear another point of view? With Friends Like these, from political columnist Ana Marie Cox, brings you another perspective. While being a liberal herself, she sees the value in talking to the other side. The first episode of With Friends Like These finds Cox talking to a conservative pastor about why his Wisconsin congregation voted largely for Trump; later episodes feature a conversation with a disillusioned former Republican lawyer, Listen, Liberal author Tom Frank, and Republican consultant Rick Wilson. Even when they disagree, the conversations are always civil and enlightening – something that can be rare in today’s day and age. 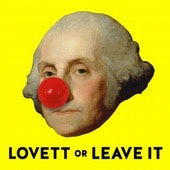 ##Lovett or Leave It

Want more from the Pod Save America crew? Jon Lovett has his own spinoff podcast, Lovett or Leave It, recorded in front of a live studio audience. It’s like a TV sitcom, except it’s audio and funny because of the absurd scenarios provided by politics that we all have to live through. For those wary that Lovett or Leave It is "Pod Save America, but more," the live audience gives the show a different feel than its parent podcast. And fun segments like Play by Play, where Lovett and guests break down an interview in real time, and Rant Wheel, in which a topic is picked at random to riff on and can range from politics to Missing Richard Simmons, keep things lively. 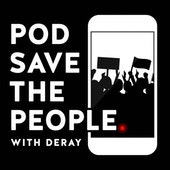 ##Pod Save the People

The latest in Crooked Media’s growing empire is brought to us by activist and Black Lives Matter member DeRay Mckesson. As of this writing Pod Save the People is only a few episodes in, but Mckesson has already secured such guests as Cory Booker, John Legend, and Edward Snowden. The show’s focus on not only politics but activism and social justice are sure to make it a winner and provide a unique place in the growing world of political podcasts.