My cat has kidney disease and I don't have pet insurance

It was a little before ten the next morning when the vet called with the test results. I was at my desk trying to focus on an article about long-term disability insurance when my phone lit up. I grabbed it and ducked into the shared lounge down the hall, hoping, but not very confidently, that it would be good news.Of course it wasn't; you don't bring in a cat that has stopped purring and eating and whose legs are trembling and then get good news the next day. The test results had come back showing her creatinine levels were too high and there was protein in her urine, which were signs of kidney disease.I asked what this meant in practical terms: were we looking at a few months of life left, a few years, a few days?I've been lucky, I guess, in that I've never had to get this sort of bad news over the phone before. It's awful hearing it out loud. Why couldn't he have just texted?

But instead I had to sit there and pretend I was still having a conversation as he ran through his autopilot speech about how some cats with kidney disease live to be a hundred while other cats with kidney disease explode within seconds and you never know what will happen and science and nature.And while he carried on, all I could think about was how when she was a kitten she would climb up my back and drape herself over my shoulder like an epaulette and then sleep there, purring, while I typed—and then how frail and disconnected from everything she looked when I left her at the animal hospital yesterday. Kitten, frail, kitten, frail.Well, 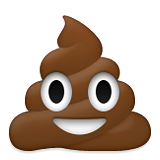 Cat people know about kidney disease. It's very common among older cats, and although my cat is only 12 years old that's apparently old enough to qualify.Because symptoms don't usually appear until the kidneys have accumulated enough scar tissue to stop working properly, it's hard to diagnose the disease early enough to prevent damage. This is also why it's hard to predict how much time a cat has left after being diagnosed.In my cat's case, the issue was compounded by a life of dental problems, so on top of the kidney disease she also needed to have some teeth removed.Here's how the costs broke down over the weeks between February 24th and March 7th of this year:The initial visit, tests, and hospital stay cost $750. The dental surgery and additional hospital stay cost $1350. Something went wrong during her recovery period and we had to bring her back in for another overnight and follow-up exam, which cost another $500. Oh, and then there was some fancy painkillers and special prescription food, for an extra $150.

Total cost so far: $2750. Projected additional costs through the end of the year for prescription food, hydration supplies, and follow-up exams will be around $650, assuming we stay in a holding pattern through the end of 2015 and nothing worse happens.Which puts the cost of this ordeal at $3400—an amount I certainly didn't budget for at the start of the year.When I was settling the initial bill, the assistant offered me a free one-month trial of pet insurance. "Sure, I don't care," I said, my mind on other more pressing matters. It seemed like a terrible time to be pitched pet insurance, to be honest—more a reprimand than a solution. "You should have already bought this, tsk tsk! Now you see why!" And besides, it's a little too late for insurance, since anything related to kidney disease would be excluded as a pre-existing condition under a new policy.But it did get me thinking about pet insurance and how that would have changed things—especially if I hadn't been able to pay the $3400 on my own.

I was lucky enough to have built a modest emergency fund that I could tap. But draining my emergency fund isn't as risky for me as it might be for others—at least half the population has less saved than I had, and I'm also not raising a family or buried under student loan debt or medical bills.However, let's say I had pet insurance that covered 60% of the bill after a $250 deductible. That would have been $1890 covered, leaving me with a $1510 bill—less than half of what I actually paid.Ah, but how much would I have paid over the past 12 years to save that amount? I sat down and used our quote engine to guesstimate the total cost of 12 years of premiums for my cat. This should in no way be considered 100% accurate—I was looking at rates starting from this year, not from 2003, and I picked a cheap plan that happens to have increasing premiums as your pet ages, which isn't the norm for all policies. But as a back-of-the-napkin calculation this works pretty well. 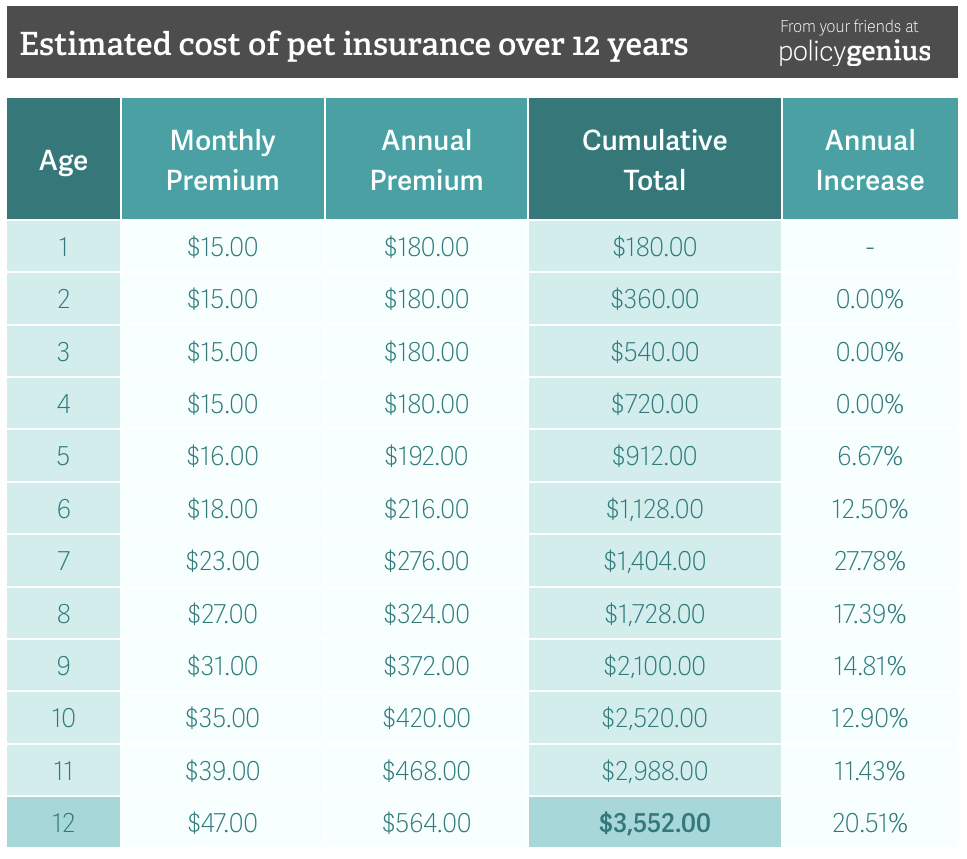 After 12 years, my hypothetical policy would have cost me about $3500. If I just consider this current round of costs against that, you could argue that I'd still come out ahead by eschewing insurance.

However, my cat had a dental emergency about six years ago and had to have teeth removed then as well, which ended up costing around $1000. Using the same deductible + 60% calculation, that would have left me paying $550 back then. So I'll add that to the total.

Looking at those numbers, I still wouldn't have "broken even" on my pet insurance as of the most recent round of bills. In other words, by not buying insurance, I've "saved" around $1100 over the last decade or so.But as anyone who buys insurance can tell you, "breaking even" is never the reason you buy insurance. It's something that really hits home for me now that I've basically used up my emergency fund.The pro-pet insurance crowd likes to talk about "financial euthanasia," which is a term I often find distasteful—it can feel like a hard sell if used at the wrong time. But I get it now. I'll probably have another couple thousand saved up by the end of this year or early next, so if another expensive emergency comes up at the start of 2016, I'll be able to grin and bear it. But what if the emergency is next month? What if there's another one after that? If I'd been insured, I'd still have another $1800 or so in my savings that I could use for any other hospital stays or treatments over the next few months. As it stands now, I will basically have to resort to credit card debt (or its evil sibling CareCredit) if anything happens. And even if I decide to take on revolving debt, there are always card and account limits.So I get it. Pet insurance isn't about saving money. It's about being able to take care of my dumb sick cat a little while longer before I lose her for good. I get the lesson now and I wish I'd taken pet insurance more seriously back in 2003 when I adopted her from the pound. I get it. I want a do over, please.

You can get free quotes from several pet insurance companies simultaneously with our quoting tool. Even if you're not ready to buy, it's an easy way to become more informed about how much pet insurance costs and what it covers.