How to shop for groceries at a dollar store

Dollar Tree in the Bronx, N.Y.

Dollar stores are thriving, unlike many other brick-and-mortar businesses. Nearly half of the store openings in the U.S. in 2021 will be Dollar Tree, Dollar General, or Family Dollar locations according to Coresight Research data reported by CNN. Americans are increasingly turning to dollar stores for all their needs. U.S. shoppers spent $29.4 billion on groceries at dollar stores in 2016, Coresight said. That's only 2.4% of total grocery spending, but the number is expected to grow.

Dollar stores are cheap and convenient, but are they actually a good place to shop for groceries? I asked Jalpa Sheth, a dietitian based in Jersey City, New Jersey, to walk me through a dollar store to find out.

What did we find?

We visited a Dollar Tree in Bronx, N.Y. Some caveats: Every dollar store is different, Sheth said. The options at the dollar store we visited aren't necessarily representative of dollar stores as a whole, or even Dollar Trees. (The chain did not immediately respond to Policygenius' request for comment.) But in general, the vast majority of food you'll find in a dollar store won't be good for you, Sheth said.

The first thing we saw when we walked in was a display of canned food. Sheth picked up a can of "Hearty Ham & Bean Soup," part of Campbells' "Kitchen Classics" line. Shoppers should avoid most canned food, Sheth said.

"They are loaded with sodium and preservatives," she said.

Sure enough, the can she was holding contained 31% of the recommended daily value of sodium. There are low-sodium versions of many canned foods, but it's rare to find them in a dollar store because they're more expensive. 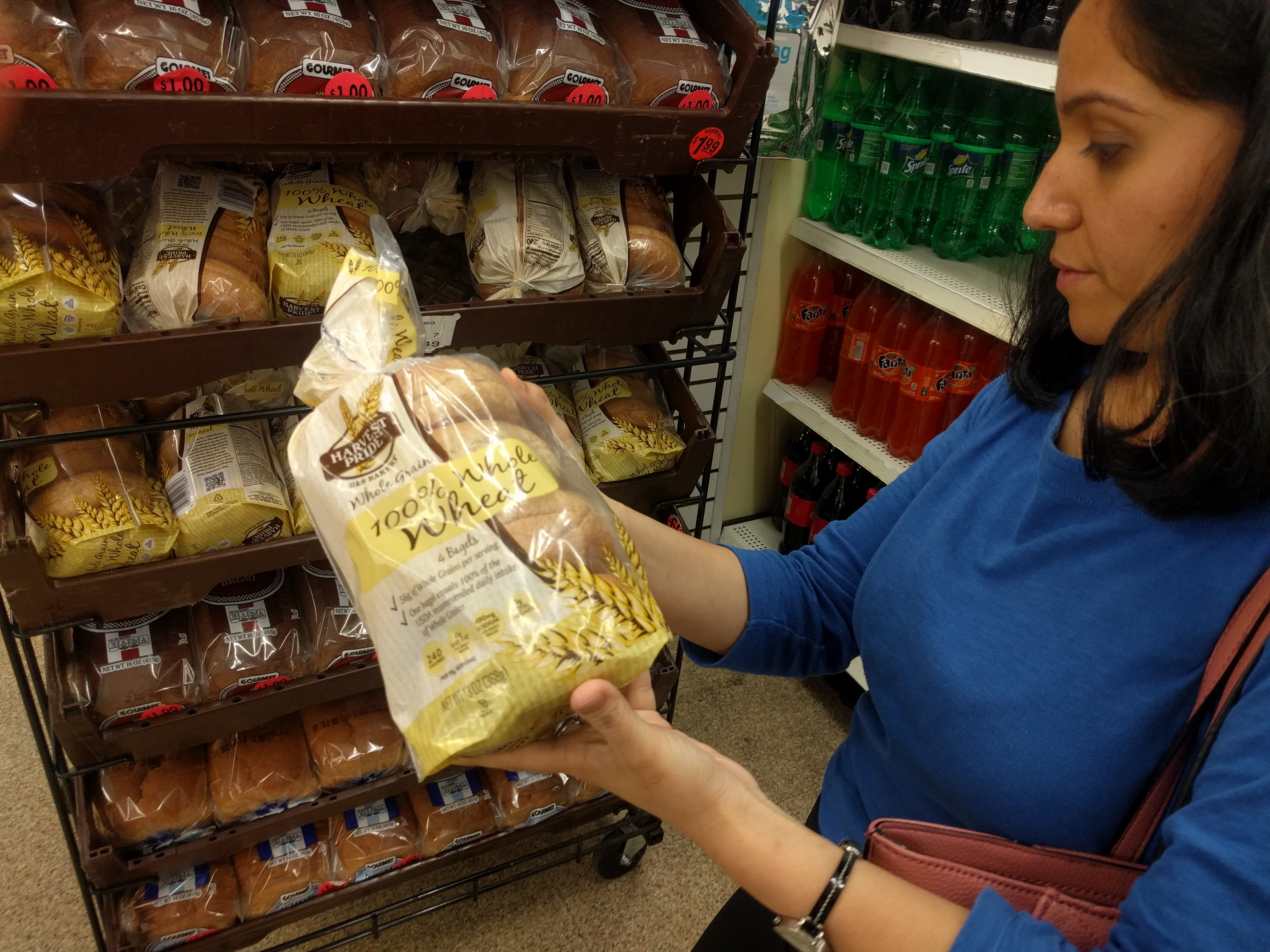 We traveled down the aisle to the confections. The bad: Many of the snacks on hand contained lots of salt and saturated fat. The good: Dollar stores tend to carry these snacks in smaller portions, so at least the damage is limited.

There were a few snacks Sheth didn't reject: An Imperial Nuts snack pack came with healthy cashews and peanuts without too much added salt. Sheth also said popcorn and trail mix were healthy choices. The drink section was worse, comprising soda and sugary drinks like Snapple and Arizona ice tea.

Much of the frozen food section was out. Like canned food, premade frozen meals contain a lot of sodium and preservatives. There were also a lot of sugary desserts to avoid.

But there was also a good selection of frozen fruits and vegetables, which Sheth said could be part of a healthy shake or side dish.

Another fridge contained standard options like Grade A eggs. The dairy section varied, but Sheth was surprised to find it only contained flavored Dannon yogurt and no sugar-free options. The only meat available was processed—hot dogs featured prominently.

This particular Dollar Tree had whole-grain bread, a better choice than the processed kind, but not every dollar store does, Sheth said.

Can you live on this?

Sheth said someone could come up with a few meals based on what was available. The whole wheat bread could go with some frozen vegetables, cheese and a bit of processed meat to make a decent sandwich. There were enough ingredients to make a few different kinds of omelets. The frozen fruit and milk could go into some healthy milkshakes.

"If it's some sort of emergency you can come up with creative ideas," Sheth said, but there wasn't enough variety to justify the store as an everyday source of meals.

There also wasn't any fresh produce to speak of.

"Even if you find healthy options at a dollar store, that cannot be your regular grocery store," Sheth said. "It's just a quick-fix kind of thing."

How to shop for groceries

Dollar stores might seem like a tempting way to save money on groceries, but the options aren't likely to be good for your health in the long run. The food at the store we visited had far too many canned and sugary choices. If you're worried about cost, there are plenty of ways to save on groceries.

Sheth recommended joining your grocery store's loyalty program for discounts and, if you're shopping for a big family, signing up for a wholesale store like Costco or BJ's. Here are 12 things to do before a trip to the grocery store that could save you time and money. Not sure what to look for? Sheth said to speak to a health care professional for guidance.