How outsiders are making up for Obamacare advertising cuts

Ninety million dollars is a lot of money to make up. That’s how much the Trump administration slashed from the Affordable Care Act outreach and advertising budget this year, sharply curtailing the visibility of the health insurance exchanges.

Since the administration announced the cuts in late August, activists and insurers have mobilized to fill the void. We spoke to a few of them about their efforts and their goals.

@nastiestwoman started her Twitter account shortly after the election of Donald Trump. She declined to give us her real name, preferring that her work be associated with the account.

“I’ve never wanted it to be about one person,” she said.

She believes limiting the open enrollment window — it’s 45 days this year instead of 90 — and slashing the advertising budget is the Trump administration’s way of killing off the ACA. So she thought she and other Twitter followers could advertise instead.

She knows she can’t compete with the original $100 million ACA advertising budget. The extent of her work has been to create a handful of images to share on social media explaining when and how to enroll.

“This is a side project for me,” she said. “Something I care deeply about, but for which I have limited time and resources. I’m using those resources to call my reps, create more images and share related content.”

She knows she may not reach everyone, but hopes that other, better funded efforts will ramp up as enrollment approaches.

The coalition was founded in spring 2016 to oppose Trump’s presidential campaign and now works to counter President Trump’s policies.

“It’s going to take some time and a lot of work but this is what we’ve been doing for the last year and a half,” Lerner said.

The group is aware of the battle ahead. Even if they muster a sizeable fundraising campaign, it’s unlikely they will match the original $100 million advertising budget.

However, the Democratic Coalition can be edgier and more eye-catching in crafting an ad campaign than government bureaucrats, which will hopefully help it go viral and have an impact, Lerner said. The group won’t be able to buy as much, if any, TV ad time as the federal government, but their plan is to produce stronger content that will attract media attention.

The Democratic Coalition has launched a website, KeepACARunning.org, to raise funds to create images, videos and billboard ads to advertise the ACA. The group will spread its message through its large social media following, Lerner said.

Lerner said thousands of people will see and engage with the campaign. The coalition will rely on volunteer designers and producers to create the content at low cost and fund the ads that test well, especially with millennials.

“It’s an example of the kind of tangible work that needs to be done,” Lerner said.

If the ads go viral, it could lead to more donations and allow the Democratic Coalition to go further with more ads, billboards and perhaps TV advertising.

Oscar’s cartoon advertisements are likely familiar to anyone who rides the New York City subway. Ahead of this year’s open enrollment, the health insurer is taking a more educational, explanatory approach in its ads, said Liz Robau, a spokeswoman for Oscar Health.

The insurer is also using real Oscar members in its advertisements. The “Get Covered” campaign launched in mid-September, six weeks before open enrollment begins, and the earliest Oscar has launched its open enrollment outreach.

“By starting our campaign earlier than ever before, we hope to raise awareness and kick off a successful open enrollment period,” said Sara Rowghani, vice president of marketing for Oscar. 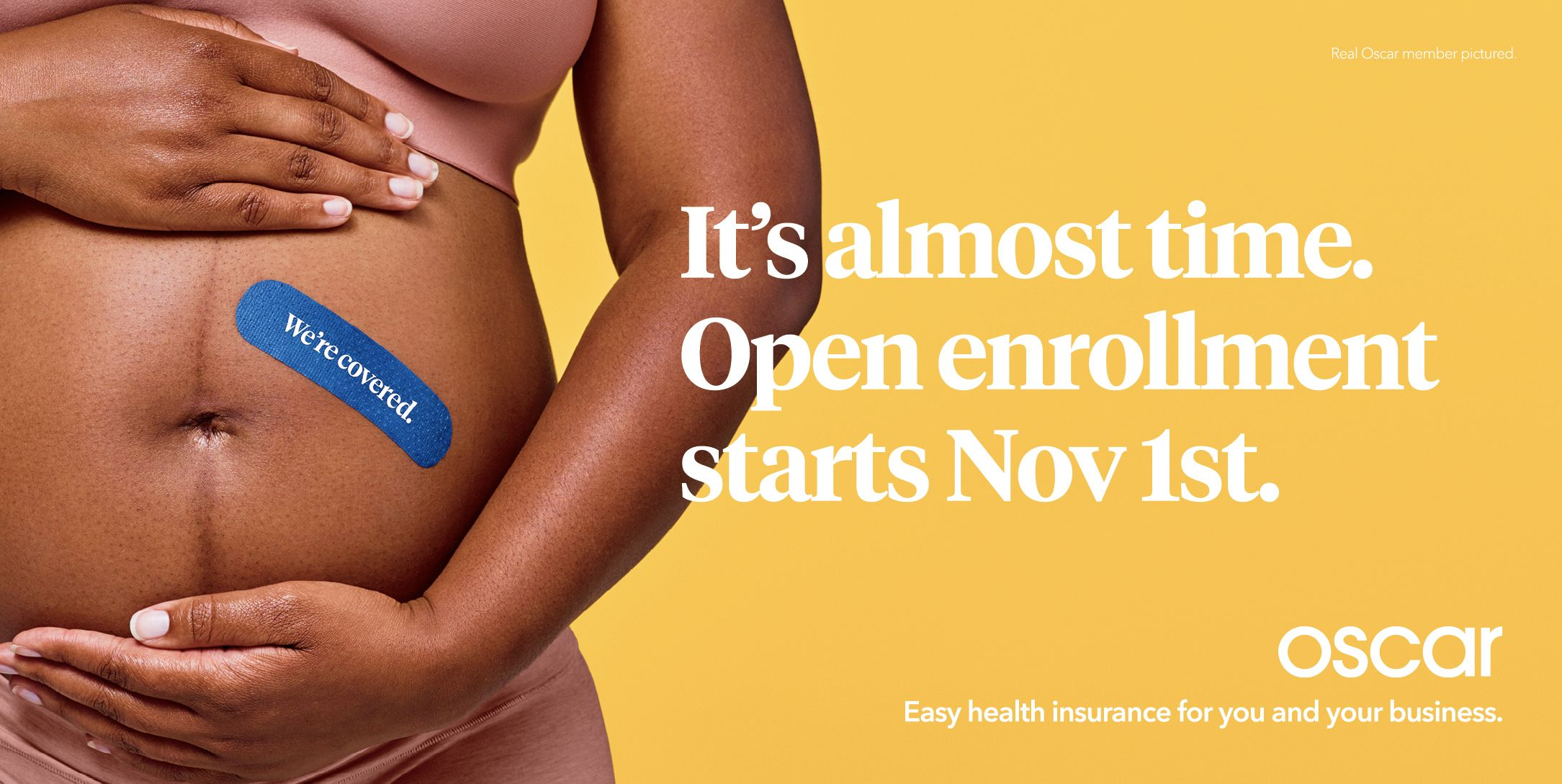 The campaign includes TV, digital, print, radio, transit and billboard ads, the company said in a news release. The ads highlight how the Oscar members that appear in them benefitted from having coverage, Robau said.

“People are feeling uncertain this year around open enrollment and we really just wanted to highlight coverage as one of the most important things you can have,” she said.

Oscar is starting its campaign so early this year because of the advertising cuts. The company believes it will be especially resonant because of the public’s heightened awareness of healthcare, Robau said.

More on the ACA

Want more information on open enrollment? We’ve rounded up details on health insurance exchanges in every state, including enrollment deadlines, premiums and insurers. Check out our state-by-state guide to the 2018 ACA open enrollment. We've also got a guide on how to shop the Obamacare exchanges.

Disclosure: PolicyGenius offers insurance policies from many of the nation's top insurers, who pay us a commission for our services. However, all editorial choices are made independently.