Corey Yates believes everyone would be worse off if people like her didn't have health insurance. The Savannah, Georgia, resident has bipolar disorder. With treatment and medication, she's able to run a small business and maintain a stable lifestyle. Without it, she's made decisions that led to homelessness, job loss and bad relationships.

Other people with more serious mental health conditions end up in jail or worse, the 38-year-old said. But former President Barack Obama's health law, passed in 2010, required all health plans to cover mental health treatment and prescription drugs among other "essential health benefits," a provision from which Yates and many others benefit.

"People with mental health conditions, we don't get any cheaper for society," Yates said. "I don't think I'm any better of a person or a taxpayer or any richer when I don't have access to the care I need." 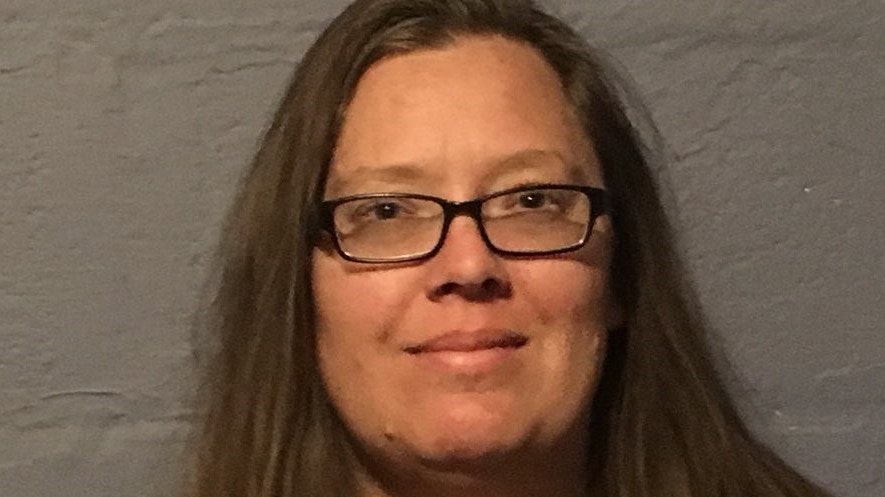 Corey Yates says health coverage helps make sure she can run her business.

Yates has co-owned a business with her mother selling vintage goods online for about a decade. She went without insurance until the "Obamacare" marketplaces launched in 2013. She bought a plan as soon as HealthCare.gov stopped glitching in the early days of the site.

This year, although Yates was pessimistic about the state of the marketplace, she was pleasantly surprised to pick a 2018 plan that is cheaper than her current coverage.

"They had my doctor and they had my favorite psychiatrist," Yates said.

Like many people, Yates is paying less because she's receiving a bigger premium tax credit. Many insurers raised premiums this year — an issue exacerbated by the Trump administration's decision to stop making cost-sharing reduction payments to insurers. However, some savvy state commissioners asked insurers to load premiums increases onto silver plans. The size of tax credits is linked to the price of silver-level plans, so as premiums went up, so did the amount of help people received.

Yates' premium was around $250 for 2017. With tax credits, she paid $115 a month. While her premium is higher for 2018, at $334, she's actually paying less: just $60 a month, thanks to higher subsidies, with a deductible of $700 and 20% coinsurance. Her other out-of-pocket costs are about $50 a month, and include a visit to a doctor every three months to get prescriptions, along with the cost of those prescriptions.

Yates had reason to be pessimistic. She follows the news. Before signing up, she told me she was "really, really stressed out," even taking a little less of her medication than usual just in case she needed to save it.

"Every time they fail to repeal the Affordable Care Act I'm really happy and then I see all the sabotage going on and I'm really nervous there's not going to be an option for me to purchase," she said at the time.

'My last year of health insurance'

Insurers have fled the marketplace in Georgia. Only 14 of the state's 159 counties have more than one insurer. Yates was once insured by Humana. They left the state, so she switched to Blue Cross Blue Shield. They announced they wouldn't offer a plan in her county for 2018. The only insurer left in Savannah is Ambetter.

Because of this, Yates expected that signing up this year would be difficult.

"I just had assumed that it was going to be glitchy," she said. "I'm so negative on this administration and everything that's happened I can't hide that bias."

There was one glitch. The HealthCare.gov website showed her plan wouldn't cover her medications: generic Ritalin, an antipsychotic for mood disorders and a medication for bipolar disorder, but the Ambetter website showed that in fact, it would. Other than that, signing up was as smooth as it was last year.

The health care law subsidies push Yates to make sure her business makes enough money to keep her above the federal poverty line. If she fell below that line, she would no longer qualify for premium tax credits, and since Georgia did not expand Medicaid, she would lose health coverage altogether.

Although her experience was good this year, Yates is not optimistic. Republicans in Congress and Trump still want to undo Obamacare. They've included a proposal to repeal the individual mandate in their latest tax plan.

"I'm pretty much assuming this will be my last year of health insurance," Yates said.

As for this year, Yates advised anyone on the fence about the marketplace to at least check it out.

"There's a lot of free options out there," she said.

This is the fourth in our series profiling real people who use the Affordable Care Act. We're hoping to put a face to the controversial law and provide an up-close look at its impact, whether harmful or helpful. We'll feature someone new each week until federal open enrollment ends on Dec. 15, so check back for more stories. If you're looking for help signing up for Obamacare 2018, visit our HealthGenius section.