Mine, theirs, ours: combining your finances for the first time

"True Romance is Combining Your Finances" reads the headline of Meaghan O’Connell’s New York Mag essay detailing her struggle to combine her bank account with her long-term partner. Her feelings are complicated, but she sums it up neatly: "Ultimately, sharing a life, to me, means sharing a bank account."But for a lot of people, combining your financial life with someone else’s for the first time is terrifying. Questions you never asked before start popping up in your mind: Will they resent the fact that I make more than them? Why do they have so much credit card debt? And, worst of all, what happens if we break up?Nothing is more unromantic than coming up with a gameplan for your possible breakup, which is why so many couples avoid the conversation entirely.But here’s the catch-22: the best way to ruin any relationship is the avoidance of conflict, especially when it comes to money. And, as any marriage counselor (or financial planner) will tell you, fights about money are rarely about money.

If this is the first time you’re talking about combining finances, there’s a good chance you’re just starting out on a cohabitation adventure.Your initial inclination may be to treat your partner like any other roommate–you can split the rent, the utility bills, and groceries. This makes things easy in case you do break up. No joint accounts, just a lease to break.But your romantic partner is not like other roommates. You’re probably going to end up buying furniture and major appliances together. This is practical on the surface, but it can serve to complicate things. Who ends up getting what in the break up?It might seem depressing on the surface to talk about the possibility of breaking up, but admit it: it’s on your mind. How could it not be? You’re talking about giving up a certain amount of independence, financial and otherwise. All of a sudden, you’re not just talking about what’s "mine." You’re talking about "mine, theirs, and ours." 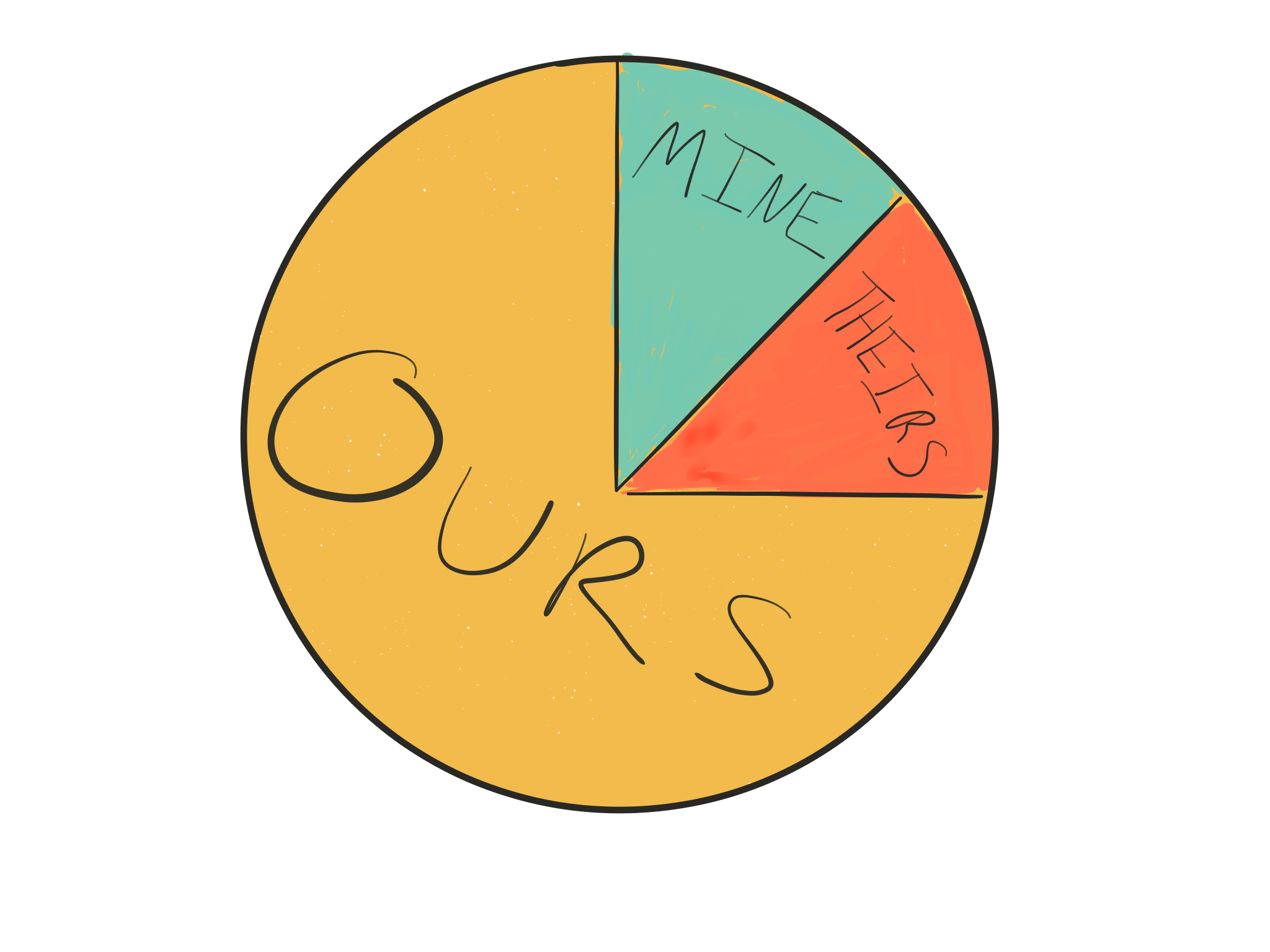 Every conversation you have with your partner about money needs to be framed in this way. What are you putting aside for yourself, what are they putting aside for themselves, and what are you sharing?Depending on where you are in your lives and in your relationship, the "ours" portion might be much smaller than the "mine" and "theirs" portions. "Ours" may be just enough to cover rent and other shared expenses.In his book, The One-Page Financial Plan, Carl Richards stresses that talking about money isn’t really talking about money. You’re talking about your goals, both personally and as a couple. Richards tells a story of a woman who, in his office, told her husband that her ultimate financial goal was to have enough money to feel comfortable having children. This was the first time he’d heard of this, and instantly, everything in their financial lives came into focus.As your commitment to each other grows, it’s only natural that the "ours" portion grows with it. And if, when talking to your partner, you realize that you’re more committed to each other than you might have initially thought, you might want to bump up that "ours" portion sooner rather than later.One woman I talked to, Kat, a 23-year-old writer, says she and her fiancé share everything. "We pay for each other–debt included. His money is mine and vice versa." In this case, they’ve decided to dump all of their finances into a pile–expenses, income, prior debts–and treat their separate financial lives as if they were one.You might not be ready for that yet, and that’s okay. You might never want to pay for your partner’s student loans, and that’s totally okay, too.The most important thing you and your partner can do is talk. At least once a month, you should sit down and have a budget meeting. Whether you use software to track your expenses or just a series of post-it notes, you should discuss where money has gone and where you want it to go, both in the short-term and over the long-term. Even if you haven’t made an expressed commitment to stay together until retirement age, you can still talk about how much you’re putting in your IRA this month.As O’Connell wrote in her essay, "to make a budget together, to pay down debt together, to save up for things we wanted to do together–this, for me, was true romance." Talking about your budget might not seem romantic at first, but it reveals a deeper commitment, and a deeper trust, that keeping finances secret helps to veil. You’ll find out if you’re on the same page about where you want to go in life, career-wise and family-wise, and you’ll come up with a plan to tackle it together.And if you do break up? It happens, but you can’t be afraid of it. If you spend too much of your time trying to protect yourself from a possible break-up, you’re creating a self-fulfilling prophecy.

Tell us your stories

Are you about to combine your finances or have done it in the past? We want to hear your stories. Give us a shout in the comments with your experience.Image: Ken Teegardin