The best apps for your new Apple Watch

The first thing you'll notice about your fancy new Apple Watch—congratulations, by the way, it looks great on you—is that it hurts to hold your arm up in watch-reading position for long periods of time. To fix this, you'll want to read our post on using the Watch to get in better shape.The second thing you'll probably notice is that you clearly need to have 20 or 30 more apps on this thing to see what it's capable of.Fortunately I have been wearing an Apple Watch since May* and suffer from complete lack of impulse control when it comes to installing apps from the App Store, so I have a lot of tips and advice to share.

First, let's take a quick look at some of the built-in apps that are worth paying attention to.

A quick tour of the best default apps

These are the best of the apps that come pre-installed on the Watch. These also happen to be the ones you'll want to show off to others first.HeartbeatKeep it in the Glance area so you can trigger a new reading with minimal activity.WeatherThere are some great third-party weather apps for iOS and several of them have done a good job at creating a Watch version (Yahoo's app is particularly nice looking), but the default weather app is both fast and pleasing to look at. And honestly, it has one of the most watch-friendly interfaces of any app designed for the Watch so far, weather or otherwise.If you use an app like Dark Sky on your iPhone, it's actually easier to rely on the default weather app on your Watch and let your third party app push weather alerts to your wrist. (Dark Sky, in particular, can take a long time to launch.)Timer & AlarmIt can be a little screwy trying to select the right minute by turning the crown, but if you're not feeling particularly dexterous you can just use Siri to tell your watch to start the timer. If you wear the watch to bed, you can use the vibration alarm to wake silently (or sleep through 4 or 5 snoozes) without disturbing a bedmate.

Apple PayWhether paying with your wrist feels convenient to you will probably depend on whether you like the idea of Apple Pay in general, but if you've used it on your iPhone and liked it, the Watch is an even faster and more seamless experience. You just have to be willing to suffer the occasional embarrassment of finding yourself in a store where the payment system doesn't work correctly and rejects your Watch.Be vigilant when using Apple Pay, though, because in my experience your success will depend on the technological competence of the card issuer. I tried to use a Discover card as the payment source recently and had significant problems, including once when a customer behind me was able to make a purchase using my card data. Things returned to normal when I switched back to a Mastercard.SiriWhen it doesn't work, it's flustered aching ash health, and-- Siri! That's not what I said! Anyway, Siri can be infuriating when it doesn't transcribe correctly, but when it works it makes texting while walking a breeze.

ActivityYou can use the built-in fitness app to track runs and workouts, but even if all you do is let it track your daily steps, you'll find it useful. And like the default weather interface, the Activity interface—three concentric rings that fill over the course of the day—is both easy to understand and perfect for a watch interface.

• The music player. Music playback on the Apple Watch is an ugly, broken affair, and unless you need it, it's not worth wasting your time on.• The Mail app works, but Apple stripped it of so much functionality that if you're a power user you'll be immediately frustrated. Try Spark or even Outlook instead. 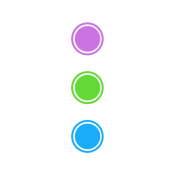 Reminders NanoFor some unknown reason, the Watch doesn't support Apple's Reminders app very well out of the box. Reminders nano acts like a bridge between your Watch and iPhone so that you can view all of your to do lists on your wrist. It's the best way to use Reminders, if that's what you're using anyway. 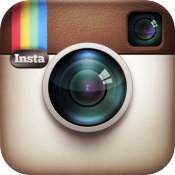 InstagramThere's nothing groundbreaking here. It's just that it works as expected and it works well, and the single serving (or alternately the "just one more") design of Instagram is a good fit for the Watch. 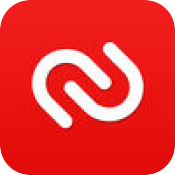 AuthyIf you use any two-factor authentication on your various banking, email, and social network accounts, Authy gives you an easy way to access those single-use security codes right from your wrist. (You'll need to set it up on your iPhone first.) The Watch version of the app can be slow to start, so it won't save time for everyone, but depending on where you keep your phone during the day it can be more convenient. 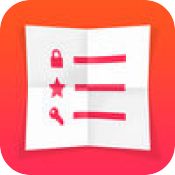 CheatsheetLike Authy, this app can be slow to launch if you haven't used it in a while, and its usefulness depends in part on whether you can grab your phone faster than you can stare at your wrist for a few seconds. Still, it's an easy way to carry important little reminders with you, like your office's shipping address or the wifi password to that coffee shop you occasionally visit. 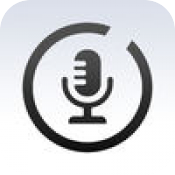 Say&Go; or Just Press RecordIf you've used Siri before, you've probably seen how badly it can mangle what you thought was a perfectly clear sequence of words. Siri is especially vulnerable to screw-ups in noisy environments, or when you're outside and connecting to Apple's translation services over a cellular network. But your new Watch has a great little mic built right into it, and just because Siri sometimes goes on the fritz, it shouldn't mean you can't dictate notes to yourself any time you like. Both of these apps are good miniature versions of dictation apps. As soon as you launch them, they'll start recording your voice, and the recordings will be saved on your Watch until it has a chance to sync with your iPhone.

Some other apps to try out:• Trivia Crack for gaming that actually feels at home on the Watch.• Spark for a feature-rich alternative to the stripped down default Mail app.• GIF GIF GIF will likely be the least necessary app you'll ever have on your Watch, but if lets you select a single gif to play endlessly at a glance (and as a Glance).

Any Pomodoro app.For whatever reason, timer apps and the Apple Watch aren't friends. They take a long time to launch (if they launch at all), and if they're designed to sync between your watch and phone, odds are they'll do it poorly. The fact that the entire category is so janky suggests that the problem is on Apple's side and not the fault of any one developer, so my guess is things aren't likely to improve until a future watchOS update is released.If you're a fan of the Pomodoro Technique, you'll find it's much more efficient to stick with a dedicated app on your iPhone instead. There's nothing worse than being pulled out of the flow because your watch timer doesn't work correctly.For occasional or single-use timers on your watch, use the built-in one. It works as you'd expect, and it plays well with Siri when you say things like, "Set a timer for 25 minutes."

StandsHonestly, you probably don't need one. The naked charging cable is small enough that you can use it pretty much anywhere, and unless you feel a need to show off your Watch like you live in a retail showroom, there's not much aesthetic value in letting it hang a few inches above your dresser or nightstand. The magnetic charger base does a good job of keeping the watch in place, so a stand really isn't necessary if you're mainly worried about maintaining the charge connection. 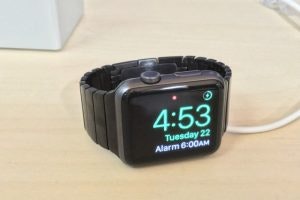 Now that the Watch has some basic bedside-alarm-clock functionality, you could argue that a proper charging base makes more sense so it will hold the watch display up on its side. But it's just as easy to close the wrist strap and use that to prop the watch up.If you do choose to buy a stand, consider looking at the cheap knock-offs on Amazon before buying a $60 one through some boutique websites. The markup on Watch stands is pretty huge.StrapsThere are approximately 15 thousand knock-off Watch straps available through Amazon. Most and probably all of them are from China, and it's hard to tell the good from the bad based on Amazon reviews because the sellers have flooded their pages with fake reviews, or have taken old product pages and swapped out the merchandise so that the reviews no longer make sense. The lack of honest reviews and/or sellers means I can't give the Amazon route a hearty endorsement. 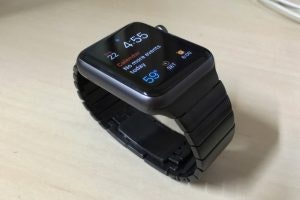 Even so, I have purchased two metal bands from Chinese manufacturers through Amazon and both were decent. They were absolutely not Apple-quality, but they are passable in day-to-day wear, and they haven't fallen apart yet. The low prices plus Amazon's good return policy means that this is probably a good place to experiment with some new looks without breaking the bank.

Okay, I have a confession. After I wrote this anti-Watch post last summer, I ended up missing the return window, and so decided to keep it. The truth is, I've grown to accept the Watch's flaws since writing that post. The watchOS 2 upgrade a few months back helped a little, and once I gave up on the most problematic apps and focused on ones that worked, I grew to like the device.