4 more podcasts to prepare you for the election

Shannah is a Certified Financial Planner Professional who is a millennial money financial strategist. You can find her online at http://www.yourmillennialmoney.com, listen to her podcast Millennial Money on iTunes and follow her on Twitter at shannahgame.

I don’t know about you, but for me November 8th can’t come soon enough. The presidential conventions have left most of us with a pit in our stomach wondering how we’ve gotten to this point with these two candidates. Could this really be happening in the United States, or is someone going to jump out of the TV screen and yell, "Surprise, you’re on an episode of Candid Camera!"?

For those of you that want to learn what is going on in politics, we're following up our article on the 6 best political podcasts from before the candidates were chosen with 4 new podcasts that will prepare you for the election. We give you permission to turn off your TV, put down the remote, grab a beverage and set aside some time to get educated before the elections.

Podcasts informative and fun. No matter which side of the political table you're on, these podcasts will enlighten, entertain, and enrich your knowledge about the Republicans, Democrats, and significant world events that affect us all. 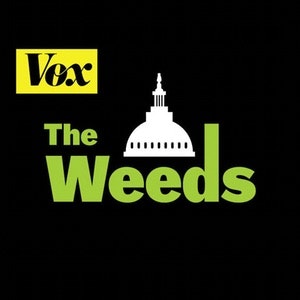 Vox's The WeedsHosts Ezra Klein, Sarah Kliff and Matthew Yglesias invite podcast listeners to, as they say, "get lost in the weeds" where the details of politics really lie. Each episode is a time commitment of roughly an hour, but you're guaranteed a good time with these three hosts. They're youthful, energetic and add just the right amount of humor into each episode. Covering topics like Brexit, healthcare, the Republican National Convention, the Democratic National Convention, and a host of other political topics, each episode runs the gamut of insightful education.

On a recent episode, "Trump's tax plan, democratic legitimacy and the Freakonomics of decision making," Ezra, Sarah and Matthew covered everything from Ivanka Trump's influence over affordable child care on the right to what the Democrats need to do to establish real legitimacy in a crazy election year. 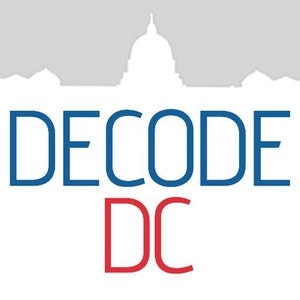 DecodeDCDo you feel like you need a secret decoder ring or some superhero power to help you understand and demystify what's going on in Washington? Yeah, me too. Thankfully, DecodeDC is here to rescue us all.

Host Jimmy Williams delivers digestible bits of information in his short podcast episodes that range from around 15 to 30 minutes that focus on the people, culture and politics of Washington DC. DecodeDC, produced by Scripps Washington Bureau, are interview-style podcasts that leave you always wanting more. In fact, just like Lay’s Potato Chips campaign, "Bet you can’t eat just one," it’s hard to listen to just one DecodeDC episode.

Episode 143, "Make Conventions Great Again," was particularly interesting. Covering the history of conventions in the United States, this episode discusses the crazy convention of 1952 when Dwight D. Eisenhower was running for President and fights were breaking out on the convention floor left and right. I know, it’s hard to imagine what craziness looks like at a convention...wait...I think we’ve just witnessed that twice. 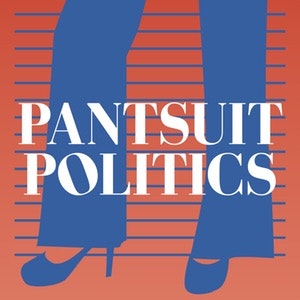 Pantsuit PoliticsHey, ladies, this podcast is for you. In hilarious fashion, Sarah Stewart Holland, a.k.a. the left, and Beth Silvers, a.k.a. the right, deliver podcast episodes that focus on no shouting or insults but plenty of nuances.

The brilliance of this podcast is that from the outset, you get 100% balanced political information from two women who care deeply about the election. They devoted five podcast episodes strictly to the RNC and DNC, covering every nook and cranny of incidents that went on at each convention. These podcast episodes were far more entertaining than any coverage you saw on the nightly news.

Knee deep into season 2, a real standout episode, "Pragmatism vs. Idealism," focused on ethical standards in politics (no, that is not a joke), that provided a rigorous debate on each side. 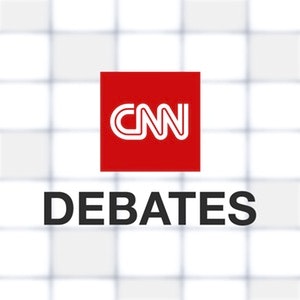 CNN DebatesMost of us would agree that we'd probably rather be at the dentist office having four cavities filled and a crown put in than relive the presidential debates. However, there were some moments in those debates that could provide great comedic relief on days when you're stressed out.

The Republicans got dirty. The Democratic debate sounded like two school kids fighting over who was more popular. Thanks to CNN Debates, you can now listen to each debate from September 2015 onwards in their entirety and unedited. Every nasty comment and every punch that was thrown can now be yours in this highly entertaining podcast.

Why would you want to listen to the debates all over again? No matter how crazy the election is, it's always important to listen to each candidate and their promises – in their own words.

Shannah is a Certified Financial Planner Professional who is a millennial money financial strategist. You can find her online at http://www.yourmillennialmoney.com, listen to her podcast Millennial Money on iTunes and follow her on Twitter at shannahgame.