3 apps for hunting ghosts in your apartment

Do you ever get the feeling like something is watching you? If you have a cat, the answer is yes, all of the time. But for the rest of us, we may believe that our homes are haunted.In New York, a ghost could be just another roommate, like the cockroach under your sink or the mouse in the toilet. My girlfriend and I recently moved into a pre-war building in Brooklyn, and as far as we know, every single former occupant of the building has died.It’s only natural that we would want to seek out these ghosts and extract a fair share of the rent — or at least get them to help out with your renters insurance. You’re going to flip the lights on and off in the middle of the night? Great, just make sure you leave some cash on the table for when the electric bill comes in (or Ghost Venmo me).

As far as I’m concerned, there’s no reason to pay a professional for something you can do yourself, which is why I immediately started searching for "ghost hunting" apps on my iPhone. I found a bustling marketplace of professional ghost hunting apps. 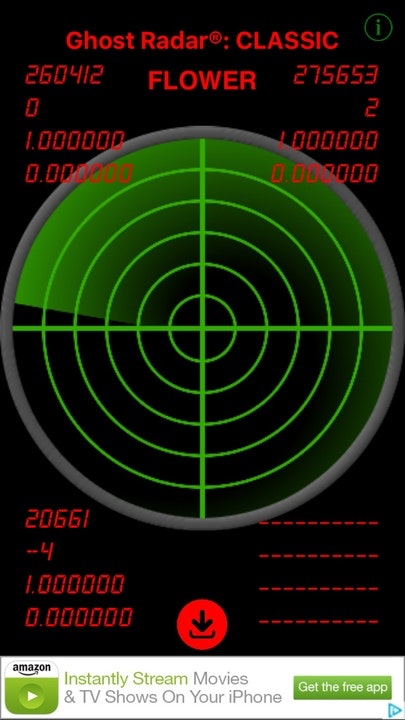 Ghost Radar Classic is made by a developer called Spud Pickles. Obviously, Spud Pickles are high-ranking members of the paranormal scientific community.When you open up Ghost Radar, you are greeted with a radar. Actually, you see an advertisement first, which how Spud Pickles keep this app free. While Ghost Radar is scanning the room, you see a bunch of numbers that could potentially mean absolutely nothing.Occasionally, you’ll see globs of green or yellow energy show up on the radar. These are not necessarily ghosts – Spud Pickles warns us that they are merely interesting patterns in energy readings. Apparently, the color lets us know of "changes in the flux."Ghost Radar will also tell you if any words are being detected. Ghosts are known to communicate in single word bursts (hence, the wisdom of the Ouija board), and Ghost Radar can detect these bursts and translate them. While I was scanning in my home, I got the words, "East," "Electric," and "Flower."Unfortunately, I don’t think I can recommend this app. The energy patterns that it detects aren’t necessarily human ghosts, and the communication features aren’t enough to make contact and collect rent.Best for: People who visualize the world around them through a radar screenWorst for: MeDownload Ghost Radar: Classic for iOS | Android 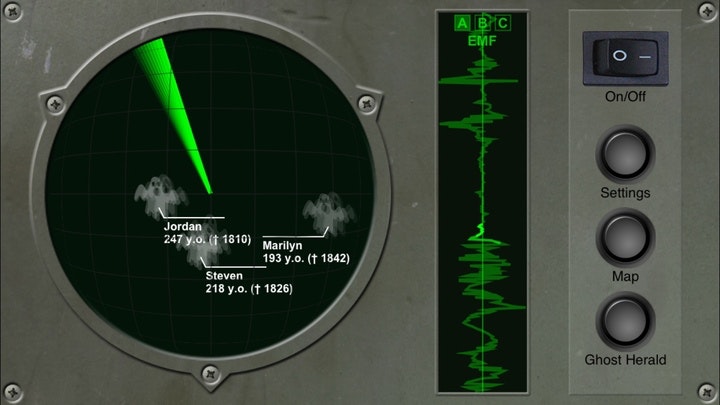 Ghost Locator is made by SmyApps, which may be a French company, if that affects your opinion of them. Ghost Locator also takes the form of a radar, but instead of merely finding "interesting activity," Ghost Locator locates ghosts. I found three ghosts within the first thirty seconds and was immediately overjoyed. Three new roommates to share a portion of the rent! Obviously, we couldn’t just split it up equally, since they don’t have a room or furniture. But surely each could pay, what, ten percent?The three ghosts I found were named Steven, Jordan, and Marilyn, and they all died in the 1800s. Ghost Locator is able to give you additional biographical information about each ghost. For example, Jordan died at age 42 after he was crushed in a hurricane. I told him I could relate: one time, a hurricane hit New York and I couldn’t use the internet for like, two days.Unfortunately, the three amigos and I couldn’t come to an agreement on rent. Negotiations ended after Marilyn broke my showerhead and flooded the bathroom. I think they all moved into a loft somewhere in Bushwick. 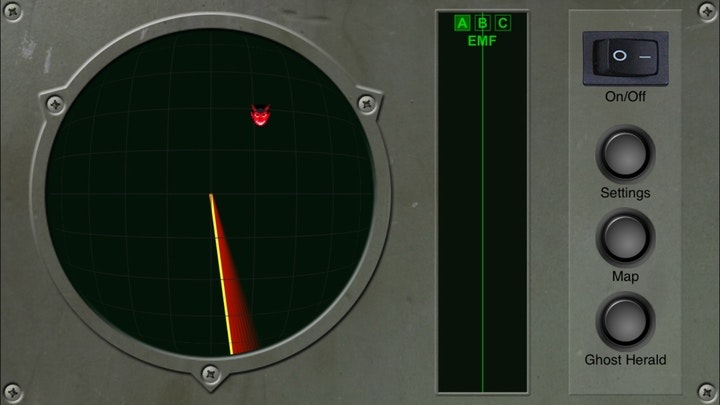 Sidenote: Ghost Locator has a bunch of cheat codes that lets you detect other paranormal creatures. Apparently, the Devil lives in the apartment next door, which would explain why he orders so much Seamless.Best for: People who want to learn intimate biographical details about the ghosts/demons that live in their homesWorst for: CommunicationDownload Ghost Locator for iOS 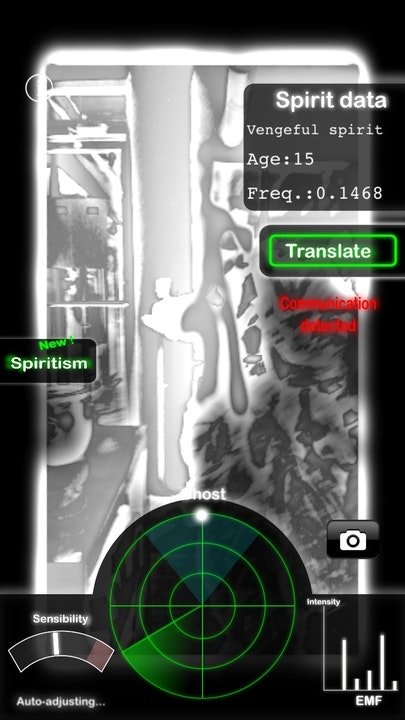 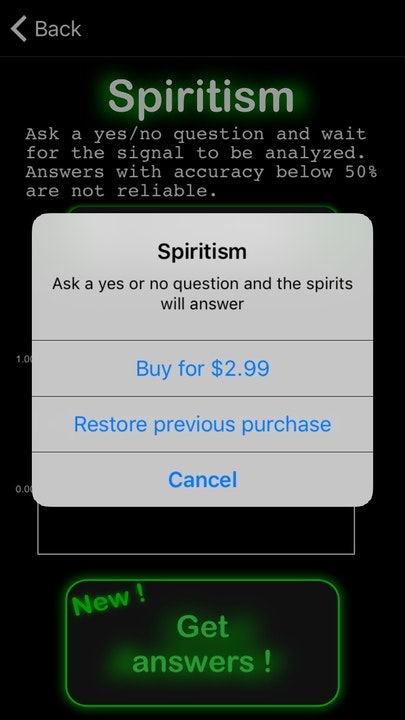 Unfortunately, if you want to use the app to communicate with the ghost, you need to pay for an in-app purchase. Actually, two in-app purchases: one to translate a ghost’s regular communications, and one to be able to ask questions and receive an answer from said ghost.I probably should’ve purchased these features before I attempted to communicate with Steven, Jordan, and Marilyn. Maybe I could’ve convinced them to pay 5% of the rent (don’t say I can’t compromise).Best for: People who want to have a back and forth with their cohabiting spiritsWorst for: People who believe all of the software on their $600 phone should be freeDownload Ghost Observer for iOS | Android