10 moustaches you can grow for Movember

Two weeks into Movember, it’s time for you to think about just what kind of moustache you want to grow. It’s important to commit to a style; it will save you time, hassle, and ridicule when compared to switching your style constantly.

Here are 10 classic moustache styles you should feel free to choose from.

It’s not a typo, and if you don’t know what Movember is, you’re probably already lost.

The Movember Foundation is dedicated to raising awareness and money for men’s health issues. That ranges from mental health – three quarters of suicides every year are by men – to physical conditions like testicular and prostate cancer.

So where (and why) do moustaches come in? Well, simply put, moustaches are conversation starters, so the Movember Foundation encourages men to grow a moustache during the month of November. Especially if you’re a guy who’s normally clean-shaven, you’ll be immediately asked about your moustache, which is the perfect springboard to, "By the way, did you know…"

Can’t (or don’t want to) grow a moustache? you can still get involved. The Movember Foundation also has the MOVE Challenge to get people – men or women – to be more active, and Mo Sistas lets women join in on the fun.

Plus, you can always donate! If you know someone participating in Movember – or even if you don’t – you can still add to the Movember Foundation’s contributions to men’s health research and treatment. 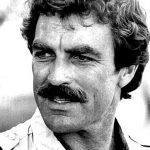 Cons: You’ll be severely underappreciated if you sport the Chevron. You’ll be mistaken for boring and uninspiring just because you don’t feel the need for something as flashy as the Dali or the Imperial (see below). Also, be prepared for all of the Magnum, P.I. references. 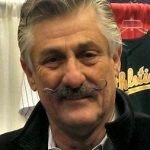 Pros: Another classic. The Handlebar moustache is sophisticated and recalls famous men of a bygone era, such as Wyatt Earp, Buffalo Bill, and Mr. Monopoly. It’s also serves as a template for several other styles of moustache.

Cons: Sadly, the Handlebar moustache is in the process of being reclaimed by the hipster subculture in a way that doesn’t retain the dignity and refinement of its past. Nothing looks good paired with a manbun. 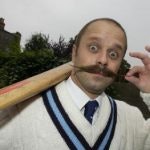 Pros: The English moustache has long whiskers growing from the middle of the mouth and pulled to a point, and hair growing beyond the corner of the mouth is shaved. It typically requires a divide or a part in the middle, splitting the two halves of the moustache.

Cons: The English isn’t very in-style. You’ll look out of place if you aren’t enjoying a spot of tea or a football friendly on the pitch.

Pros: For the man who wants more than a goatee but less than a full beard, the Horseshoe is a good compromise. It frames and draws attention to your mouth.

Cons: Some people may question your commitment to neither a shorter, more traditional moustache nor a beard. 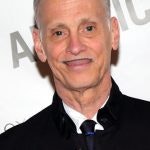 Pros: The Pencil moustache is surprisingly versatile. Because it requires so much trimming, you can conform it to any shape or angle you desire. You can choose between a suave Errol Flynn look or opt for a spookier Pencil in the vein of Gomez Addams. If you need a moustache in a pinch, the Pencil is quick to grow and even quicker to draw on.

Cons: The Pencil isn’t something you can just let grow out. It requires constant, close trimming to maintain its thin design, so be prepared to invest in it. Also, the American Mustache Institute notes that the Pencil is also sometimes referred to as the "Mouthbrow", which is disconcerting.

Pros: The manliest of the moustaches. The Walrus is full and bushy and covers the entire length of the mouth.

Cons: You may intimidate others with your masculinity and cause instinctual, alpha male-style challenges in social settings. 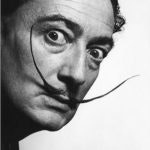 Pros: Named for artist Salvador Dali. Like his famous paintings of melted clocks, it appears to defy all logic and physics. You will certainly stand out.

Cons: A Dali’s difficulty is cranked up to 11. The length, the styling, and the maintenance required to pull of its gravity-defying appearance take a level of expertise not many men have today. 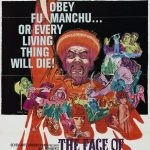 Pros: This moustache shows dedication. Any man can grow hair on their face, but it takes willpower and patience to let it continue growing and actually hang from your face. It shows your greatness, like the rings of a tree or the guy with the Guinness World Record’s longest fingernails.

Cons: Like many things of the early 1900s, the Fu Manchu’s namesake – the villainous fictional Asian character Fu Manchu – is mostly racist. That’s not saying you shouldn’t do it, but you should probably think twice about it. 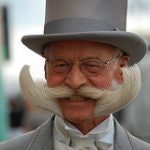 Pros: The Imperial is one of the most unique moustaches and nearly defies definition. Another subset of the Handlebar, anything goes as long as it’s bushy and pointed upwards. This can result in some Frankensteined version of the Dali, the Handlebar, and, on occasion, a beard.

Cons: Let’s be honest: you probably can’t pull this one off, even if you could manage to decode the alchemy of how it’s actually formed. You’re better off trying for the more standard Handlebar moustache. 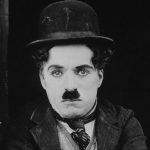 Pros: The Toothbrush fits neatly under the nose. It’s clean and minimalistic, perfect for the man who wants to sport a little something but doesn’t want to draw too much attention to himself. Plus, it was made famous by Charlie Chaplin, one of the first movie stars (although his, notably, was fake).

Cons: Also made famous by Hitler, so, y’know.

There you have it: options for every man, no matter your personal style. Movember is quickly coming to an end, but if you haven't started yet there's still time! And now that you have some style ideas in mind, you'll be able to groom your new facial hair in no time.